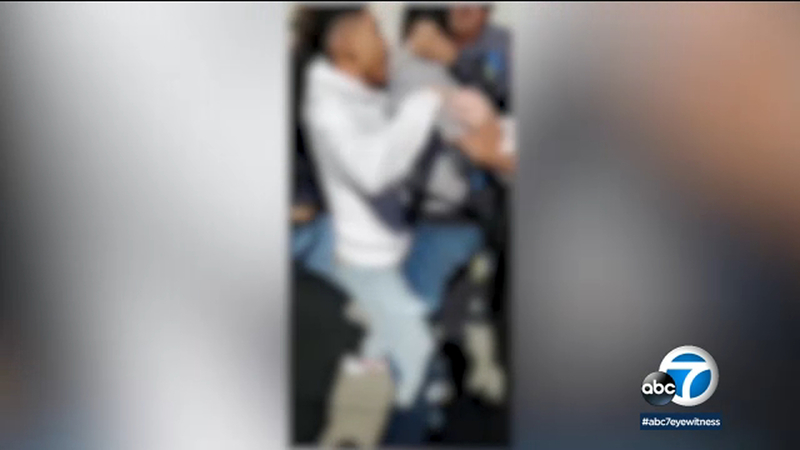 PARAMOUNT, Calif. (KABC) -- Parents at a high school in Paramount say the school district is not doing enough to stop what they say are frequent on-campus fights. School officials, however, say social media is to blame.

A group of parents gathered for a rally outside of Paramount High School's West Campus on Friday after a brawl between students was caught on camera earlier in the week.

Deputies with the Los Angeles County Sheriff's Department were on patrol at the school and school officials banned students from taking part in a planned walkout.

"I definitely feel hurt that this is happening. My son comes to me and he says he's not afraid to come to school but he's nervous," said parent Toni Upchurch.

Some parents say their children are afraid to go back to school, claiming that the daily fights involve only a few people who are inciting the trouble.

The Paramount Unified School District says false information is being spread on social media, which it claims is exacerbating the problem.

The district issued the following statement, which reads in part: "An Instagram post has been circulating encouraging people to say that students are bringing guns and weapons to our high school campuses. The purpose for this disinformation is to instill fear and damage the reputation of our schools."