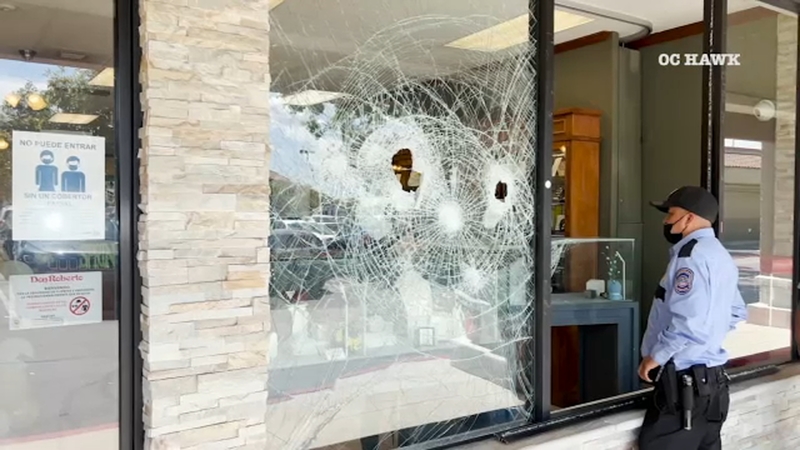 PARAMOUNT, Calif. (KABC) -- A smash-and-grab robbery at a jewelry store in Paramount on Tuesday prompted a search for five suspects, authorities said.

The incident occurred at Don Roberto Jewelers at 16239 Paramount Blvd., where the robbers used sledgehammers to shatter the store's front windows and display cases, according to the Los Angeles County Sheriff's Department.

About $13,000 worth of merchandise was stolen, a sheriff's spokesperson said.

Descriptions of the five suspects were not immediately available.