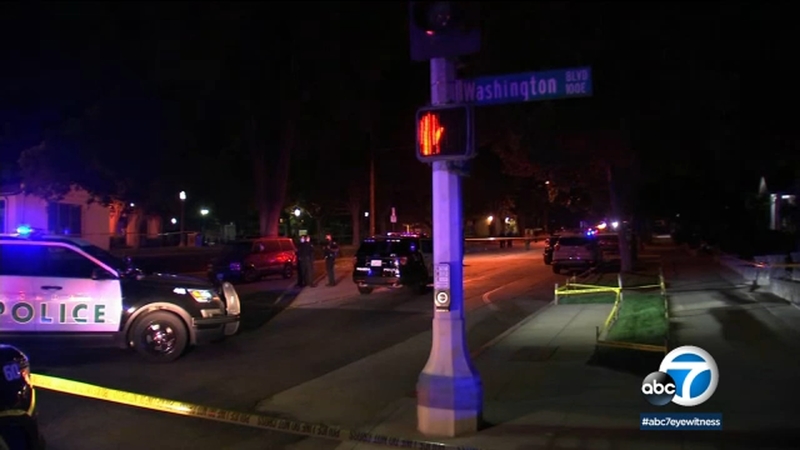 PASADENA, Calif. (KABC) -- An investigation was underway after an officer-involved shooting left one man dead in Pasadena.

The shooting happened Saturday night during a traffic stop near Raymond Avenue and Grandview Street.

Officers noticed the passenger inside the car had a gun. During the encounter officers fired multiple shots.

It's unclear if the passenger fired any shots.

Police say he ran from the car and collapsed. He later died at the hospital.

Police say a weapon was recovered.

It's unclear what led up to the traffic stop but police say they will release body cam and dash cam footage from the incident.

"More officers than usual out in the last few days. We have recovered about or seven guns. It's been a very dangerous area over the past week, so we have been concerned," said Pasadena Police Chief John Perez. "Again, we want the video to come out as soon as we can for the public to view it."