Pastor Ezekiel Ndikumana said he thanks God for the outcome.
KABC 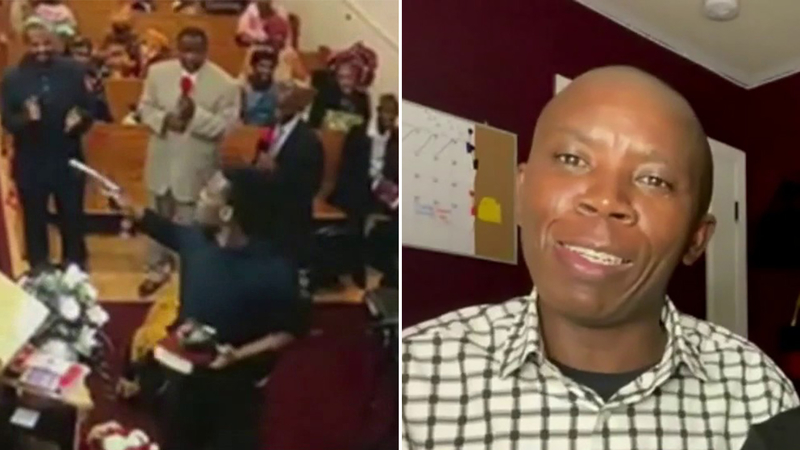 NASHVILLE, Tenn. -- A pastor in Nashville is being hailed a hero after tackling a gunman during a Sunday church service.

Video shows pastor Ezekiel Ndikumana praying with Nashville Light Mission Pentecostal Church parishioners when a man approached the altar and pointed a gun at the congregation.

Ndikumana then jumped in from behind and tackled the man to the ground. With the help of church members, he managed to wrestle the gun away and held the gunman down until officers arrived.

Police identified the gunman as Dezire Baganda, 26, and said he faces more than a dozen felony aggravated assault charges.

While Baganda is not a member of the church, the pastor said he's attended previous services.

Ndikumana told the local ABC station WKRN that Baganda was asked not to attend services in February for interrupting sermons, but church members said he was never violent.

The pastor said he thanks God for the outcome.