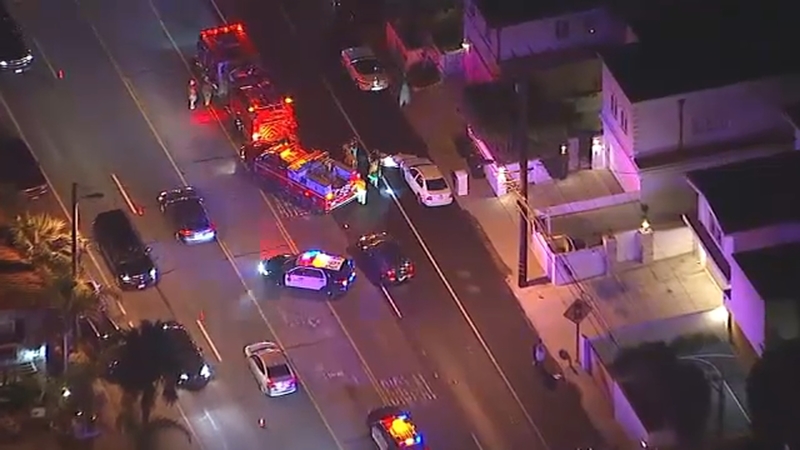 LOS ANGELES (KABC) -- It's been more than four years since Los Angeles Mayor Eric Garcetti announced his Vision Zero plan, to eliminate all pedestrian deaths inside the city.

In that time statistics show the number of automobile crashes has dropped, but the number of collisions involving pedestrians has skyrocketed.

A new study funded by the Pollard Bailey law firm finds pedestrian injuries and deaths increased by more than 70 percent in 2018.

And an Eyewitness News deep dive into Los Angeles County traffic statistics not only backs that up but shows where most of these accidents are happening.

Communities like West Hollywood and Venice stand out on the map as spots where more than 20 percent of all collisions involve pedestrians.

INTERACTIVE MAP: Pedestrian crashes in Los Angeles County
This map shows the rate of collisions involving pedestrians in 2018. The more red the area, the higher the rate. Click the neighborhood boundary to see the number of pedestrian deaths and injuries for each neighborhood.

"The population is increasing," said Det. Juan Campos of LAPD's Central Bureau Traffic Division. "So the population increases and we have more people on the roadway."

But Campos says investigators are looking at the rise of homelessness in Southern California as a cause by putting more people in compromised conditions on the streets.
"Part of it may be addiction and mental illness," Campos told Eyewitness News. "They may not care to follow the rules of the road and they cross whenever they want to cross."

And pedestrians in general have been determined to be at fault in most fatal accidents. The Eyewitness News analysis of LA County overall finds pedestrians were at fault in 64% of the fatal crashes.

Of LAPD Central Bureau's 22 fatalities, 91 percent were found to be the fault of the pedestrian.