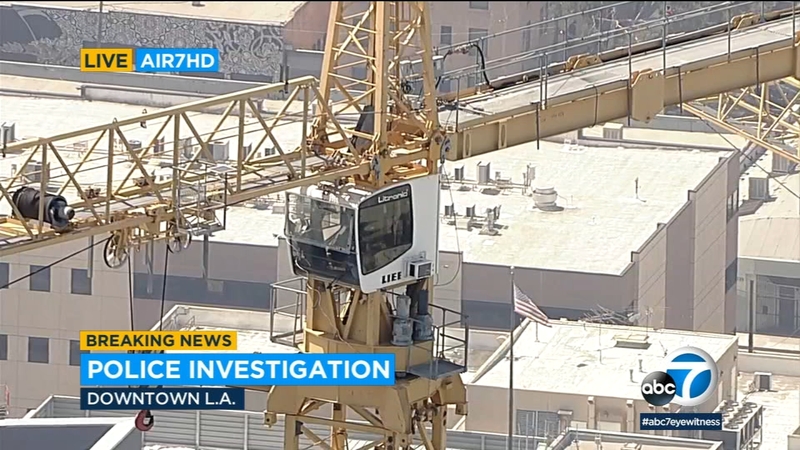 DOWNTOWN LOS ANGELES (KABC) -- Authorities were searching for three people who reportedly climbed a crane outside a building under construction in downtown Los Angeles Friday.

The two men and woman were reportedly climbing back down when authorities arrived and were believed to have been seen going back inside the building at one point.

The area around the crane was closed off for an investigation, though it's unclear if those people were found.