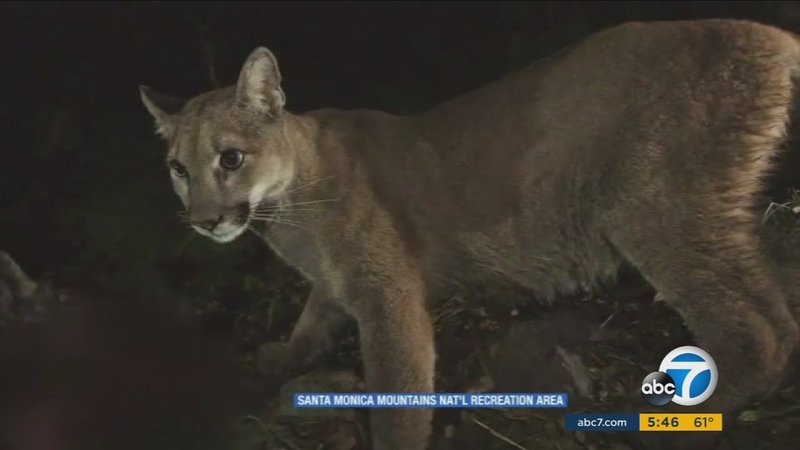 Students at the Malibu campus were advised by the university's public safety department to not hike, bike or jog alone, especially from dusk to dawn.

"The university is located smack dab right in the middle of prime mountain lion habitat," Kate Kuykendall, with the National Park Service, said.

Thursday night, there were two additional unconfirmed sightings according to the university website. One was at 10:50 p.m. by the student health center and another at 11:25 p.m. on a hillside.

"That campus has wildlife all over it and they have tons of deer," Kuykendall said. "Anyone who drives by Pepperdine University, you can almost be guaranteed to see deer and that's what mountain lions eat."

Nearby Residents said the sightings are concerning but are to be expected.

"I have seen a mountain lion across the canyon but not up close." Ian Kaiser said. "Pretty much everybody here in Malibu has but I've seen plenty of coyotes. You just know when not to go out at night. You have to be smart."

"It's very concerning because I have a baby girl that likes to walk around and walk around the trees," Rachel Gonzalez said.

School officials said they have met with an expert who has been studying mountain lion activity in the Santa Monica Mountains for 15 years.

An official statement from school officials read, "They discussed all of the recent sightings and toured the location on campus. The NPS expert expressed with confidence that this is a healthy mountain lion, moving within his territory, and acting normally. He believes the mountain lion will move on soon."

The school issued tips for students or anyone who encounters the wild animals: