What happens if you only get one shot of the Pfizer or Moderna vaccine? 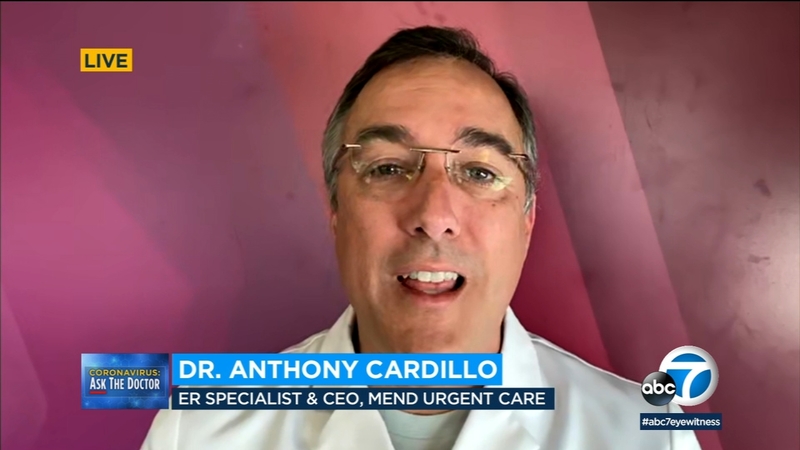 LOS ANGELES (KABC) -- The COVID-19 vaccines made by Pfizer and Moderna both require two doses to be administered, several weeks apart, for them to be fully effective.

But there has been some scientific debate about the urgency of that second dose, especially when there are still so many people who have yet to receive their first shot.

Some experts have suggested - and some other countries have followed - the idea that as many people as possible should receive first doses, to at least convey partial protection in the general population, before those second doses are administered for full efficacy.

But in the United States, federal health authorities have stuck with the recommendation that the second dose always be administered within the manufacturers' timeline to confer the strongest level of immunity possible.

So what happens if you only get your first shot and for some reason you are unable to get the second?
Initial clinical trials by the manufacturers suggested both Pfizer and Moderna were about 50% effective after the first shot.

Other independent studies, however, have found even higher rates of effectiveness, possibly up to 80% after the first dose.

Still Dr. Anthony Cardillo, CEO of Mend Urgent Care in Los Angeles, says it is important to get that second shot as recommended.

"The first vaccine is conferring partial immunity, almost up to about 50%," Cardillo said. "But it is the second dose of the Moderna or Pfizer that give you that boost to give you that 95% protection."

"If you are getting the Moderna or the Pfizer and you only get the one for whatever reason, understand you are about 50% covered. But please, work hard to get that second dose."
RELATED: How to join waitlist for leftover COVID vaccines before eligibility opens

The Johnson & Johnson vaccine, which was approved for emergency use later than Pfizer and Moderna, only requires a single dose.

Cardillo notes for those who prefer only making a single appointment, the J&J vaccine will likely be available in higher quantities in April, May and June.

VACCINE TRACKER: Here's how CA is doing, when you can get a coronavirus vaccine