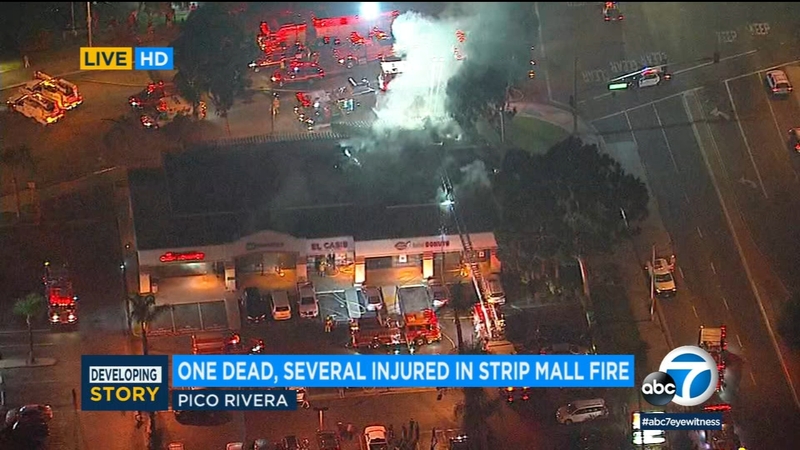 PICO RIVERA, Calif. (KABC) -- At least one person is dead after a fire at a strip mall in Pico Rivera, authorities said.

The Los Angeles County Fire Department said the blaze occurred near the intersection of Whittier Boulevard and Durfee Avenue at about 8:05 p.m. Wednesday evening.

The victim was an employee of one of the stores, according to the Los Angeles County Sheriff's Department.

At least one other person was transported and two others injured were treated at the scene.

Firefighters knocked down the flames in about an hour.

Arson and homicide detectives were at the scene investigating.