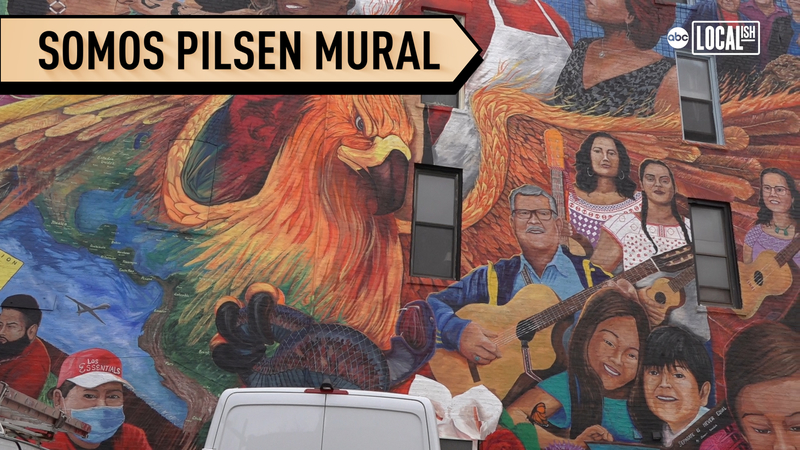 CHICAGO -- A mural on the West side of Chicago is depicting real portraits of community members to show the resiliency of the community!

The mural is known as "Somos Pilsen," which means "We are Pilsen" in English.

The mural, located on 1113 W. 18th street outside of Carnitas Don Pedro restaurant, was created by Mateo Zapata and Pablo Serrano.

Both artists said the mural was a tribute to the culture of Pilsen, community members, and the Duarte family. The Duarte family owns the Carnitas Don Pedro restaurant which was opened by Pedro Duarte in 1981.

"We're not going to let others define us, we are going to define us," said Serrano.

He said the mural depicts the resiliency of the Latino culture in Pilsen since Latinos have been hardest hit by the pandemic and negative stereotyping.