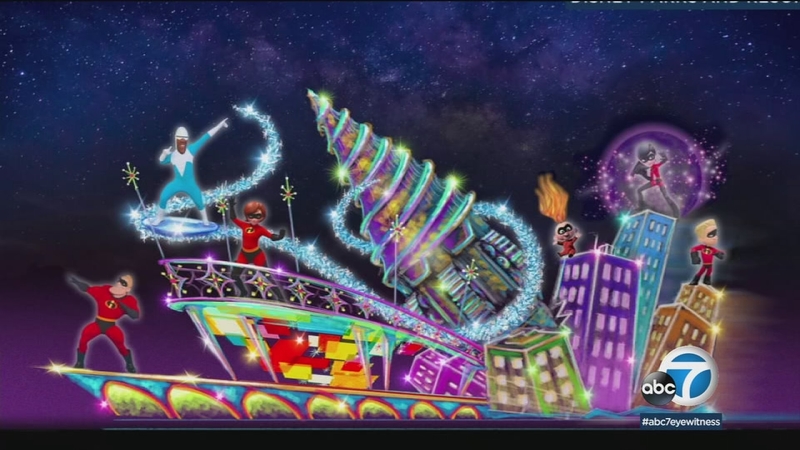 Get ready for a Pixar Invasion at Disney parks!

Your favorite characters from Pixar Animation Studio's "Inside Out," "Toy Story," "The Incredibles," and many more are about to appear in new attractions around the world, kicking off with the first-ever "Pixar Fest" on April 13 at the Disneyland Resort.

"We're taking the characters that families love, that guests love, and bringing them to life in a whole new way," said Jeff Schaver-Moskowitz, the Pixar Pier producer with Walt Disney Imagineering.

That includes that newly transformed Pixar Pier at Disney's California Adventure, opening June 23, featuring newly themed attractions, food, merchandise, and the "Incredicoaster," where guests will race alongside the Parr family as they try to catch baby Jack Jack.

The Walt Disney Imagineering team took ABC7 inside their technical studio and what they call "The Dish."

It's a grey-walled room where technicians can create any virtual environment. They use special sensors to simulate what it would be like for people to visit these virtual attractions, and make adjustments based on what they see, for when real construction begins at the parks.

The team used The Dish for building Toy Story Land, which is scheduled to open at Disney's Hollywood Studios in Florida in June. A Toy Story Land is also opening at Shanghai Disneyland in April.

Imagineers also used The Dish for reconstructing what will be the "Incredicoaster," and we got a chance to take a spin on the virtual ride that is being built now.

"It (The Dish) is a huge tool for us," said Schaver-Moskowitz. "To see what we're seeing from that guest's point of view, and sit ourselves in the first seat, the middle seat, and the back seat, to get different perspectives on everything."

In addition to the new rides, the "Pixar Play Parade" will make its way through Disneyland Park this spring, along with a new fireworks show titled "Together Forever - A Pixar Nighttime Spectacular."

"To combine that music with the projections, it takes a little time. Well, a lot of time," said John Addis, the show director for Disney Parks Live Entertainment. "It takes a little bit of finesse, but when the music and the picture come together it's glorious."

All of those emotional highs and lows that millions of fans have grown to love while watching Pixar movies on screen, they'll soon be able to experience in person.