Authorities said officers responded to the home multiple times in the past.
KABC
By Tony Cabrera and Leanne Suter 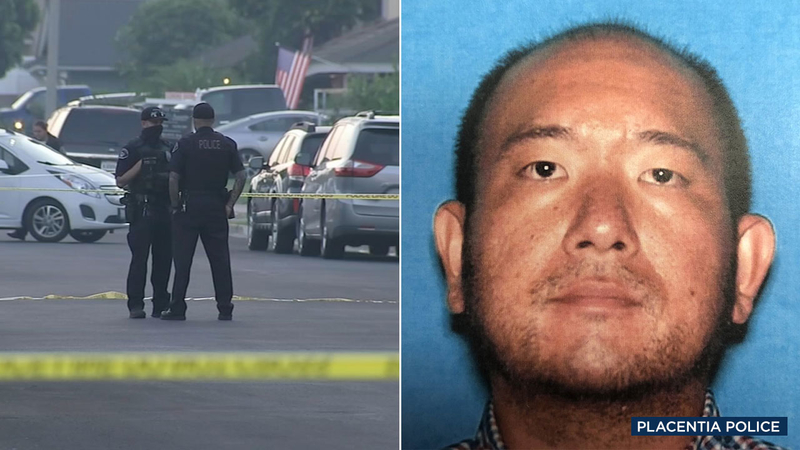 PLACENTIA, Calif. (KABC) -- Placentia police have identified the man who they say stabbed his twin daughters to death and then killed himself as Timothy Takehara, 41.

Police say Takehara stabbed his 9-year-old twin daughters in the home overnight in the 400 block of Swanson Avenue. Home at the time were Takehara's wife, who is the mother of the girls, and his mother.

The two girls were in the third grade at Golden Elementary School.

"Our thoughts are with the students' family, friends, and loved ones as they cope with this tremendous personal loss," the Placentia-Yorba Linda Unified School District said.

Grief counselors will be made available on campus over the next several days, the district said.

Placentia police say a 41-year-old man stabbed his twin 9-year-old daughters to death while their mother and grandmother were home and then killed himself.

"My husband just stabbed my children," the frantic woman tells the 911 operator.

"How many of them?

Officers responded to the home at 12:38 a.m. after the call.

The girls were found in the living room of the home and their father's body was located on a sidewalk across the street, police said.
Placentia police say officers responded to the residence in the past. In September 2019 there was a verbal argument between adults reported at the home. Officers responded to investigate but did not make any arrests and say no injuries were reported.

"Something was going on, something negative was going on with the family, and it's sad that nobody picked it up and read what was going on and tried to help them," Vayda said.

Investigators are still trying to determine what led to the attack.

"On behalf of the men and women of the Placentia Police Department, we are truly heartbroken by the tragic events that occurred last night," said Police Chief Darin Lenyi. "Our thoughts and prayers go out to the victims and their family and we will continue to investigate to try and make sense of this horrific crime."

One woman said she's never seen the family outside of their home.

"I've never seen the male out of the house, I never see the kids out of the house and they never played with the neighbors out here," neighbor Natascha Vayda said. "A lot of the kids on the street are super interactive with each other, so I didn't even know who they were."