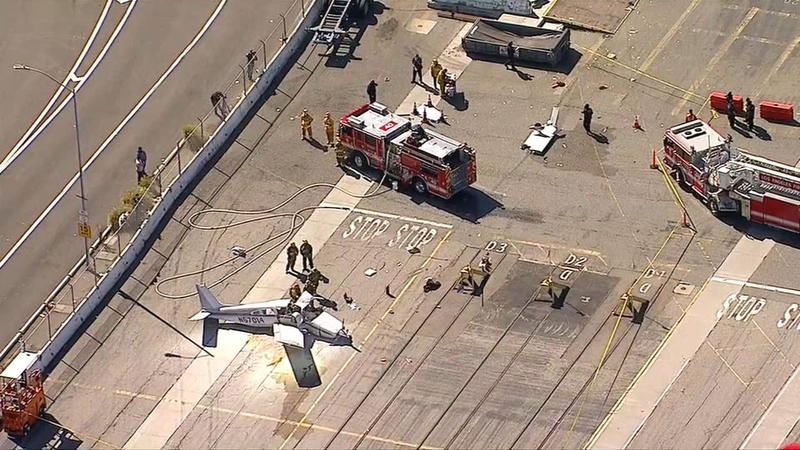 SAN PEDRO, Calif. (KABC) -- A small airplane crashed into a semi-truck at the Port of Los Angeles in San Pedro on Friday afternoon, leaving one person dead and another hospitalized in at least serious condition, authorities said.

The incident involving the single-engine aircraft occurred about 12 p.m. in the 2500 block of Navy Way, according to the Los Angeles Fire Department.

Bystanders pulled the male pilot from the wreckage and were directed in providing CPR by a Fire Department dispatcher until firefighters arrived and assumed medical care, the agency said in a statement. That man was pronounced dead at the scene.

The hospitalized occupant of the truck was identified only as a 30-year-old man.

News video from the scene showed the wreckage of the fixed-wing aircraft near the damaged semi-truck, which did not have a trailer attached.

Authorities described the location as an isolated area of the port, adding that port operations were not affected.

The Federal Aviation Administration and the National Transportation Safety Board were on scene to conduct an investigation into the cause of the crash.

The pilot who crashed the helicopter carrying Kobe Bryant, killing all nine aboard, made a series of poor decisions that led him to fly blindly into a wall of clouds before crashing into a SoCal hillside, federal officials say.