Chase ends in violent crash as suspect's SUV flips over after hitting car, tree in Bell 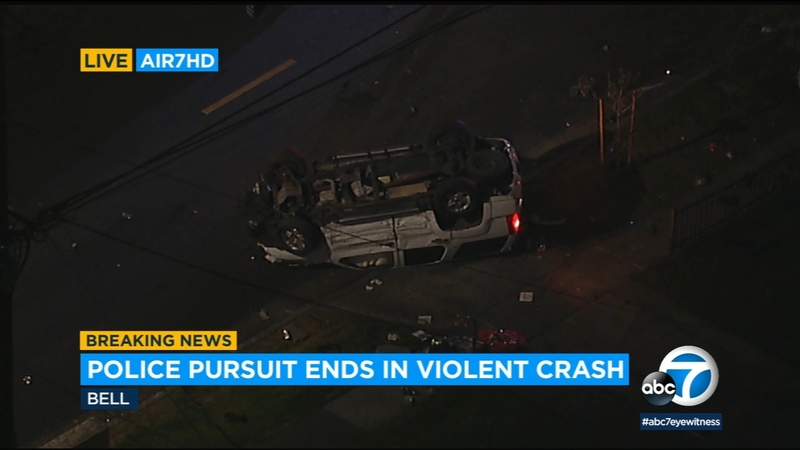 Chase ends in crash as suspect's car flips over in Bell

BELL, Calif. (KABC) -- A chase came to a dramatic, violent end in Bell Friday night as an SUV flipped over after crashing into a car and a tree.

AIR7 HD was over the crash scene near Bell and Otis avenues around 11:20 p.m. as one person was taken into custody by Los Angeles police.

Prior to the crash, the suspect was driving at high speeds on surface streets in the Vernon area with multiple police units in pursuit.

As the chase continued in Bell, the SUV clipped a car at an intersection and went airborne, ultimately hitting a tree.

A man emerged from the overturned vehicle and was quickly taken into custody.

Police said the driver was wanted for reckless driving.

The suspect's condition is unknown but he was walking on his own. It's unclear if any other injuries were reported.