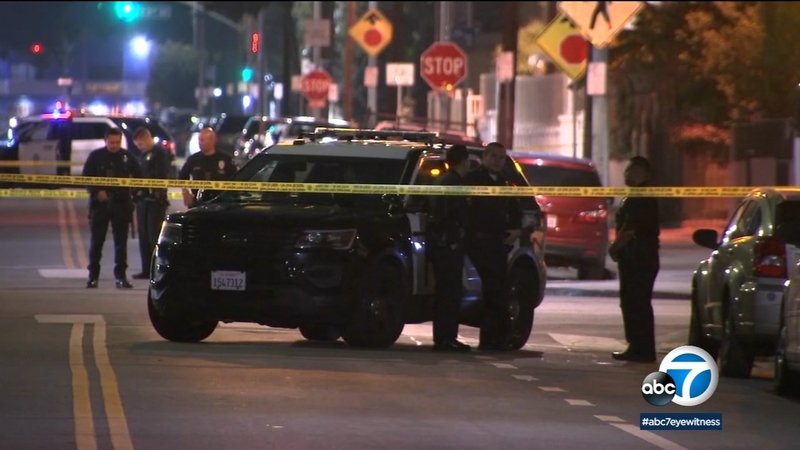 SOUTH LOS ANGELES (KABC) -- Los Angeles police on Saturday shot two men, each of whom was armed with a knife, in separate incidents that transpired hours apart in South L.A., authorities said.

The first shooting occurred shortly before 11 a.m. in the area of Wall and 23rd streets, after officers responded to a domestic violence call, according to the Los Angeles Police Department.

The officers encountered a man armed with a knife and ordered him to drop the weapon, investigators said.

"He did not drop the knife & continued toward the ofcrs, resulting in an OIS," the LAPD tweeted, using an abbreviation for officer-involved shooting.

The man was struck by gunfire and was pronounced dead at the scene by firefighter-paramedics, police said. He was not immediately identified.

Shortly before 5 p.m., officers responded to a report involving a man with a mental illness in the area of Griffith Avenue and Adams Boulevard, an LAPD spokesperson for the agency said.

Police encountered a man in his 20s with a knife who had allegedly been chasing people down the street, the spokesperson said.

At least one officer opened fire during that confrontation, and the armed man was struck, according to police. The man was transported to a hospital in unknown condition.

The LAPD's Force Investigation Division was summoned to the location.