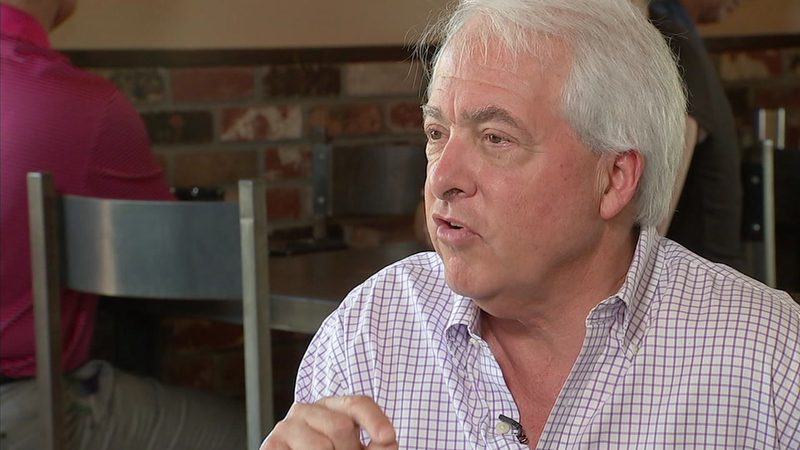 CHINO, Calif. (KABC) -- Republican gubernatorial candidate John Cox may have aligned himself with the president during the primary, but he wants to emphasize to voters - he's his own man.

Eyewitness News reporter Josh Haskell sat down with Cox for a one-on-one interview on Thursday and talked to the candidate about how he plans to lead the state.

"I think most people in this state are having a tough go of it," Cox said. "They really are and I care about that. I just hate talking to people and hearing them tell me how they have to drive two hours to get to work and pay four dollars a gallon of gasoline and at the end of the month."

Newsom's campaign has not shied away from comparing Cox with President Donald Trump, who has endorsed him. Cox says Californians don't know him the way they know Newsom, and he believes that's why the the lieutenant.governor is ahead in the polls.

"President Trump isn't on the ballot. Mr. Newsom is using that like a lot of other issues to distract people. I'm running for governor as a business man to fix this state," Cox said.

Cox aligned himself with the president during the primary, but he wants voters to know he's his own man.

"I've never met (Trump)," Cox said. "I've never talked to him. I didn't even vote for him. I like what he's done in many ways, cutting regulations and taxes."

Cox is hoping to debate Newsom, but so far, the two campaigns haven't agreed to a date. They differ on almost everything, including social issues, how to handle homelessness and climate change.

"I want to limit the growth of pollution, I certainly do," Cox said. "I drive a Tesla. I'm serious about cleaning the air. I think we can come up with a lot more electric cars. If we let the free market operate."
Report a correction or typo
Related topics:
politicscaliforniagavin newsomjohn coxgovernor2018 electioncampaigncalifornia
Copyright © 2021 KABC-TV. All Rights Reserved.
More Videos
From CNN Newsource affiliates
TOP STORIES