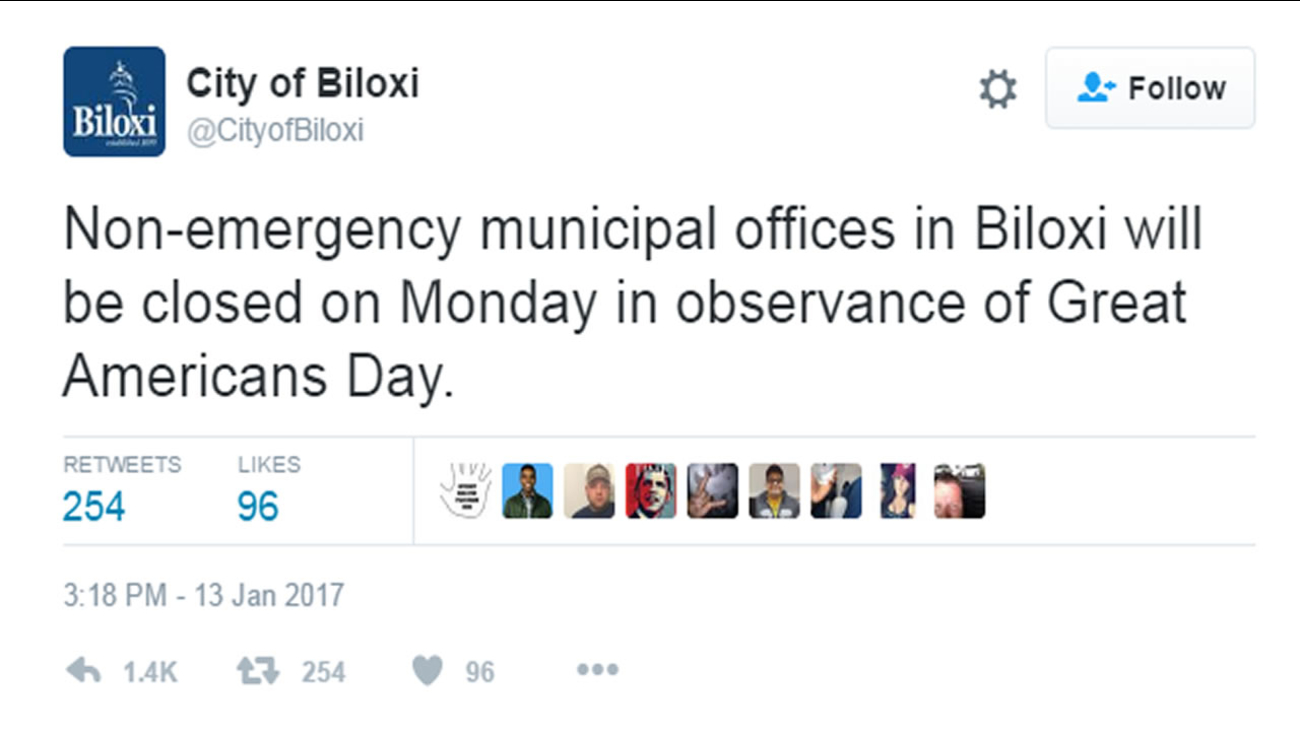 BILOXI, Miss. -- The city of Biloxi, Mississippi, faced harsh backlash on social media after referring to Martin Luther King Day as "Great Americans Day" in posts about municipal closures planned for the holiday.

Many took to social media to blast the city's Twitter account, which has just over 1,200 followers. Many users criticized the acknowledgement of Great Americans Day as a replacement for Martin Luther King Day.

Non-emergency municipal offices in Biloxi will be closed on Monday in observance of Great Americans Day.

The city does recognize Martin Luther King Day on its website and has a number of events listed.

In response to one Facebook comment, the city claimed the holiday was named by the state Legislature:The City of Biloxi did not declare nor name this holiday. The holiday was declared and named by the state Legislature. The city, in fact, as it has done for years, touted our upcoming MLK celebration in a Bmail and on the city website this afternoon.