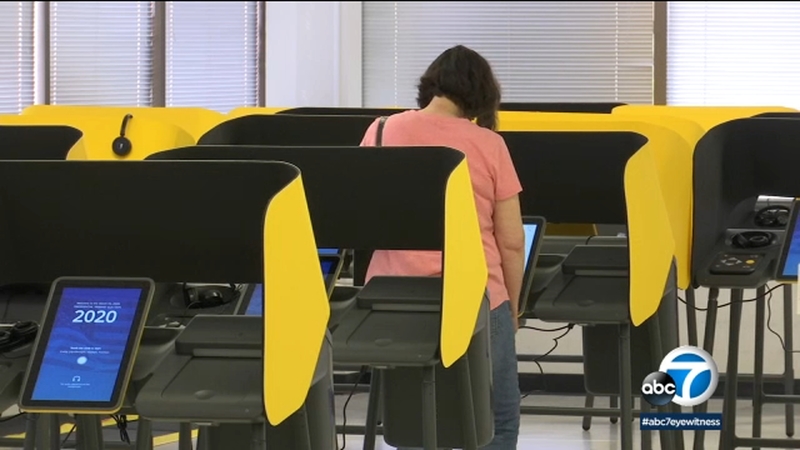 LOS ANGELES (KABC) -- How and where you cast your ballot in Los Angeles County is changing this year.

And while officials say the new electronic balloting is an improvement, one congressman is pointing out what he thinks is a major flaw in the system.

Rep. Ted Lieu, a Los Angeles Democrat who is seeking re-election, says the ballot system may make it harder for voters to find certain candidates.

Under the county's system, he says, voters will initially see only the names of four candidates in a particular race. They will have to hit another button to see the next page of candidates for that race.

He fears many voters won't realize there are more candidates or will just not hit the button to see the full field of candidates.

"As a result, thousands of voters may unknowingly end up skipping candidates, including me," Lieu said in a note to supporters.

But LA County Registrar Dean Logan doesn't see this being an issue.

"We did a lot of research on this, a lot of user testing," Logan said. "I think people are accustomed to on a device like this knowing that there's more and that you have to scroll through to see the choices - both through written materials and the check-in centers at the vote centers."

Another change in 2020 is that fewer polling locations will be open on Election Day, March 3. Long Beach has gone from 247 polling places to 33, Santa Clarita from 92 to 18.

"We do anticipate some people will go to those traditional polling places. We have mailed to every one of those polling places that operated in the last major election, so November 2018, a poster. Ask them to post that outside. It's a multi-lingual poster to get them information where they can find out where the vote centers are," said Logan.

Logan says if a polling location fills up on March 3, you can go to another nearby to vote. The registrar's office will also add staff in trouble spots and extend hours if needed.

"Every voter who shows up to vote before 8 p.m. on Election Day will be served before we close those places," said Logan.

A feature of the ballot marking device is once you're done voting, you print out your ballot to check it.

Once you're done checking, instead of bringing the ballot to an election worker, you just put the ballot back into the machine.

103-year-old Black woman recalls not being able to vote