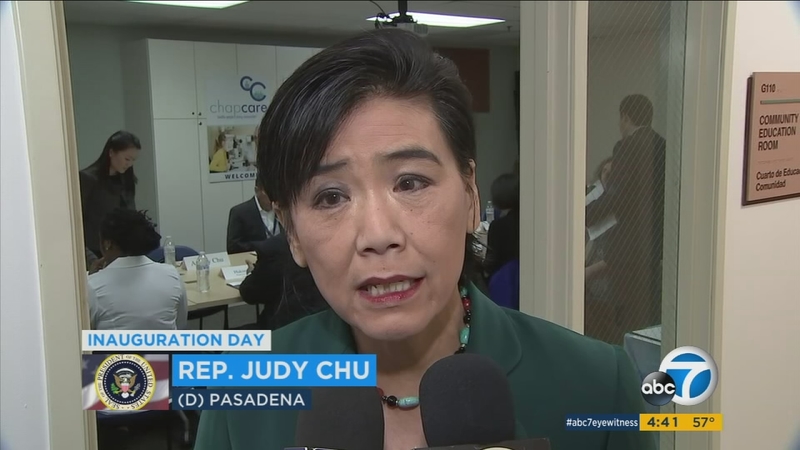 PASADENA, Calif. (KABC) -- At least 60 Democratic members of Congress declined to attend the inauguration ceremony of President Donald Trump, including more than a dozen from California.

Among them was Rep. Judy Chu, who visited a health center in her Pasadena district instead.

She decided not to attend the inauguration after Trump tweeted criticism of Rep. John Lewis from Georgia. Lewis, a long-time civil rights leader, said he did not recognize Trump as a "legitimate president" because of Russia's interference in the election. In response, Trump tweeted that "Lewis should spend more time on fixing and helping his district, which is in horrible shape and falling apart (not to mention crime infested)."

In Pasadena, Chu took part in an event from people talking about the value of the Affordable Care Act, which Trump has signaled he plans to repeal or roll back.

"There are people who are so fearful to their very core," Chu said. "They believe that if they don't have the Affordable Care Act, that their lives could be in jeopardy. And they don't know where to turn."