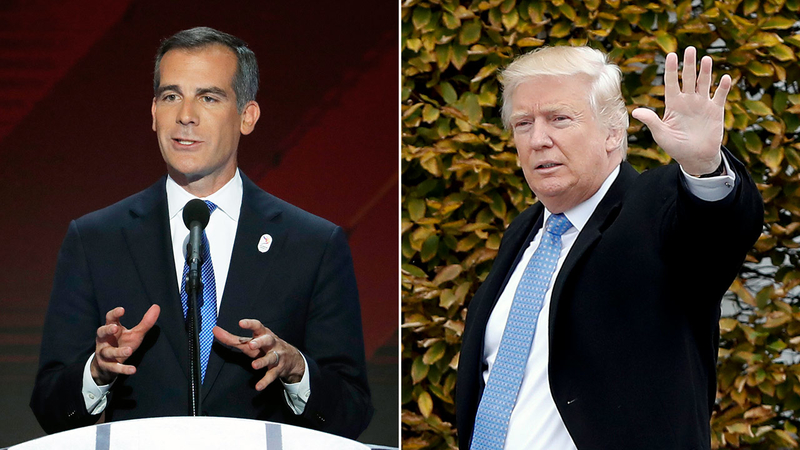 Garcetti and Trump had a productive conversation, according to the mayor's spokesperson Connie Llanos.

Llanos said Gracetti, a Democrat, stressed to Trump, a Republican, the importance that immigrants and immigration reform will play for the long term success of L.A. and the U.S.

Garcetti and Trump discussed ways to expand infrastructure investments and opportunities, according to Llanos.

The two also talked about the city's bid to host the 2024 Olympics, which Llanos said Trump voiced his support for.

Paris and Budapest are the other front runners to host the games. The International Olympic Committee will make its announcement in September of 2017.

Garcetti's office reached out to Trump's team, and the president-elect placed the brief call, the Los Angeles Daily News reported.

In the weeks since the election, Garcetti has said multiple times that the Southland would remain a sanctuary city for immigrants.

Los Angeles Police Department Chief Charlie Beck also stated that his officers would not be the "immigration police."

Both Garcetti and Beck have repeatedly insisted that immigration enforcement was the responsibility of the federal government and not local law enforcement.