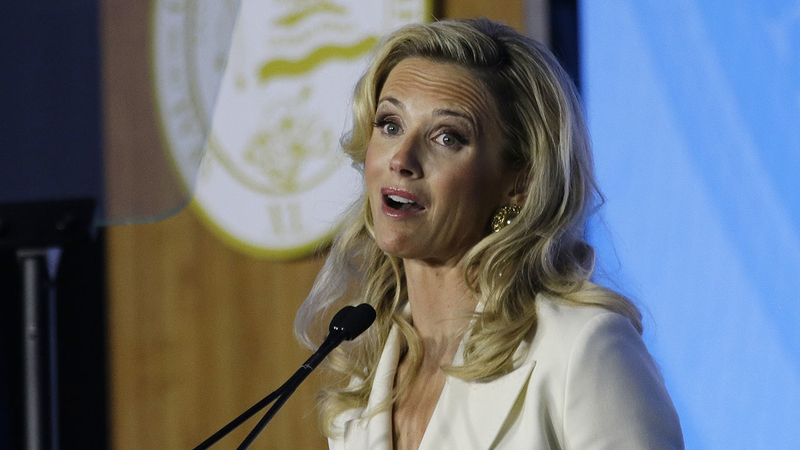 SACRAMENTO, Calif. (KABC) -- Jennifer Siebel Newsom, the wife of California's new governor, will go by the title "first partner," a description she feels is more inclusive than the traditional "first lady."

The title change reflects the mindset of a woman who has spent years as a passionate advocate for gender equality.

Newsom is an actress and documentary filmmaker who has made two films that examine gender roles.

"Miss Representation," released in 2011, looks at how the media contributes to the underrepresentation of women in positions of power and influence.

"The Mask You Live In" came out in 2015 to examine the flip side of that coin - how society's definition of masculinity is harmful to men and boys.

Both films premiered at the Sundance Film Festival.

Today was joyous beyond measure, and it is the honor of a lifetime to serve the people of California.

Gavin-I love you, I’m so grateful for this journey with you, and I’m already so proud of the way you are using your courageous heart and brilliant mind to lead this great state. pic.twitter.com/y5m5sm4blO

Last year, she announced she was working on what she considered the third film in the trilogy, "The Great American Lie." She describes the project as how some of those same issues affect broader American society.

In addition, Newsom is founder of The Representation Project, which describes its mission as: "Using film and media as catalysts for cultural transformation."

Gavin Newsom and Jennifer Siebel met in 2006 and married in 2008. They have four children.

The Newsom family is moving to Sacramento and expects to live in the historic governor's mansion.

That will mark the first time children have lived in the mansion since the 1960s. Kathleen Brown, the sister of former Gov. Jerry Brown, lived at the historic home when their father, Pat Brown, served as governor.

The Newsoms will also bring two family dogs and a bunny rabbit to the mansion.