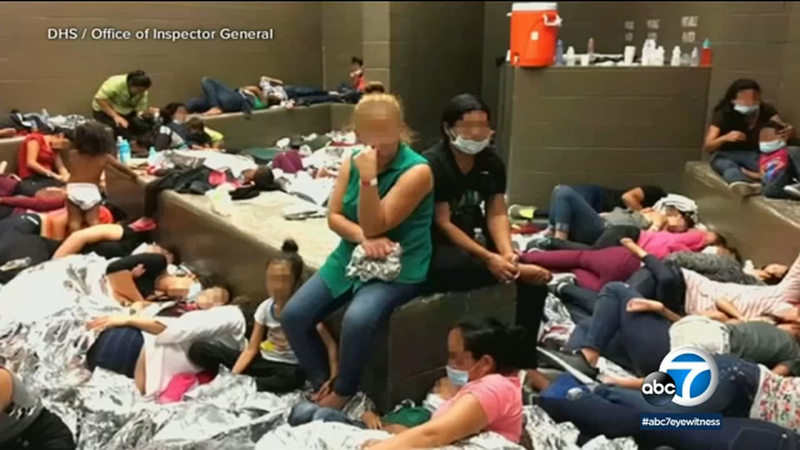 Immigrants with disabilities and chronic illness are denied adequate care in detention facilities nationwide according to a lawsuit filed Monday.

Advocates say some detainees are in grave danger and that approximately 24 people have died in the last two years.

"There is a crisis in immigration detention centers across the country because of ICE's lack of oversight," says Elissa Johnson with the Southern Poverty Law Center.

Plaintiffs include Raul Alcocer Chavez who is deaf and allegedly has been denied equipment that would allow him to communicate with medical staff.

Of the 15 detainee plaintiffs named in the lawsuit, eight are housed in the Adelanto detention facility in San Bernardino County.

The advocates say that ICE has discretion to release detainees while they are awaiting hearings, including some who were legal permanent residents but were convicted of a non-serious crime.

One is Jose Segovia Benitez, a former Marine who fought in Afghanistan and suffers from hearing loss and combat PTSD according to the complaint.

ICE is not commenting on the suit but says that its Health Service Corps provides comprehensive medical care and that detainees have access to 24-hour emergency care. Yet at Adelanto, advocates say clients can wait days or weeks to get help.

"People have told me, 'You know what, last night I was almost going to commit suicide,'" says Lizbeth Abeln with the Inland Coalition for Immigrant Justice.

With more than 50,000 people in facilities, advocates say private prison contractors are profiting from a taxpayer outlay of $200 a day per detainee.

"They could legally be released on bond, or parole or alternatives to detention and cost as little as $4 or $5 a day and they are just as effective," says Southern Poverty Law Center lawyer Lisa Graybill.
Report a correction or typo
Related topics:
politicslawsuiticeimmigration
Copyright © 2021 KABC-TV. All Rights Reserved.
More Videos
From CNN Newsource affiliates
TOP STORIES