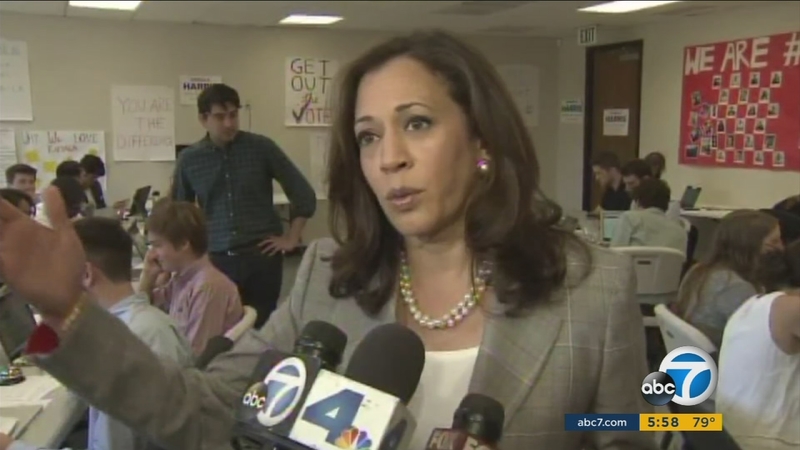 Harris and Congresswoman Loretta Sanchez are currently head-to-head in the running for the Senate seat.

Harris already has support from the California Democratic Party and Gov. Jerry Brown. However, the endorsement from the president and vice president can prove to be pivotal.

"I'm, of course, humbled and honored to have the endorsement," Harris said.

Sanchez expressed that she was disappointed that the president and vice president would wade into a Democrat-on-Democrat race.

Harris and Sanchez earned the most votes in the June primary to replace retiring Democratic Sen. Barbara Boxer.

Sanchez has served in the House of Representatives for nearly 20 years. She said that she was not surprised by the president's endorsement.

Harris has worked with the president over the years, and in his endorsement, he called her a "fearless fighter."

"We have a lot in common in terms of our priorities, be it the work we did in battling the five big banks in the United States to bring $20 billion back to California in connection with the foreclosure crisis," Harris said.

Harris has a more than three-to-one advantage in fundraising over Sanchez, but the congresswoman is not worried.

"So what? So what? I'm going up and down the state, and I'm doing it the old fashioned way. I'm earning people's votes, I'm talking to people and we're raising money," Sanchez said.