KFSN
MERCED COUNTY, Calif. -- A family of four from Pomona was killed in a horrific holiday crash in Merced County near Los Banos.

The names of the family members were not released, but authorities said they were: a 22-year-old woman who was six months pregnant, her 40-year-old boyfriend, his seven-year-old son, and their two-year-old son.

Only fragments of the wreckage remain scattered on the scene. A taillight, a car seat latch, broken glass.

The California Highway Patrol isn't yet sure why the crash occurred Sunday night as there was no indication of alcohol or drug impairment, and the weather is not thought to be a factor.

"It might have been a little windy, the road might have been wet from a little rain early on, but nobody was having issues," said CHP officer Shannan Stiers. "It appears speed wasn't that big of a deal because witnesses were saying 65 maybe 75 miles an hour."

Witnesses told CHP the car was traveling eastbound on State Route 152 weaving slightly and then suddenly veered across the center median, crossed the westbound lane, and then slammed into a tree.

The impact was so severe the car was cut in half. All four of the people inside were killed instantly.

A family member following in another vehicle witnessed the crash. They left a rosary hanging on the tree.

The family was returning home to Pomona after visiting the Bay Area. 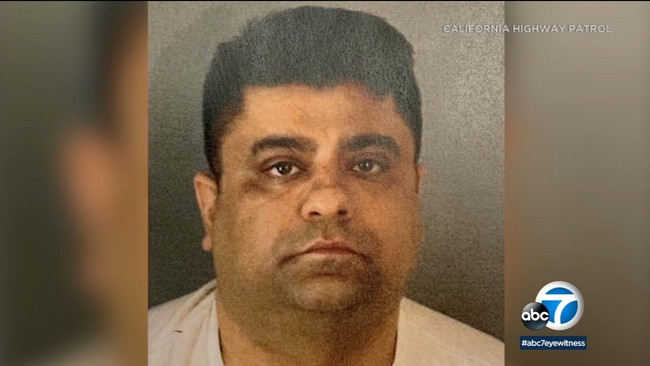 Man charged with murder in IE crash that killed 3 teens 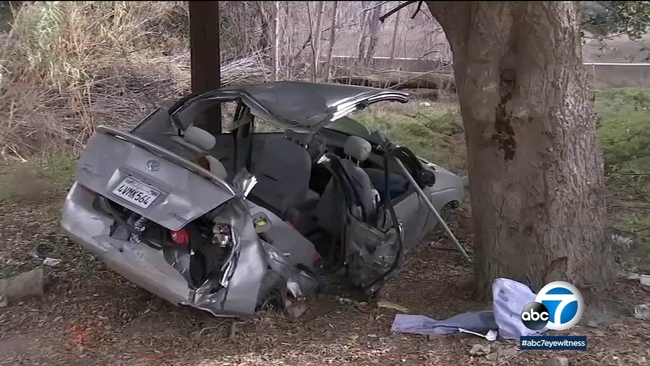