Mother, adult son shot in Pomona after he tries to prevent her from being robbed 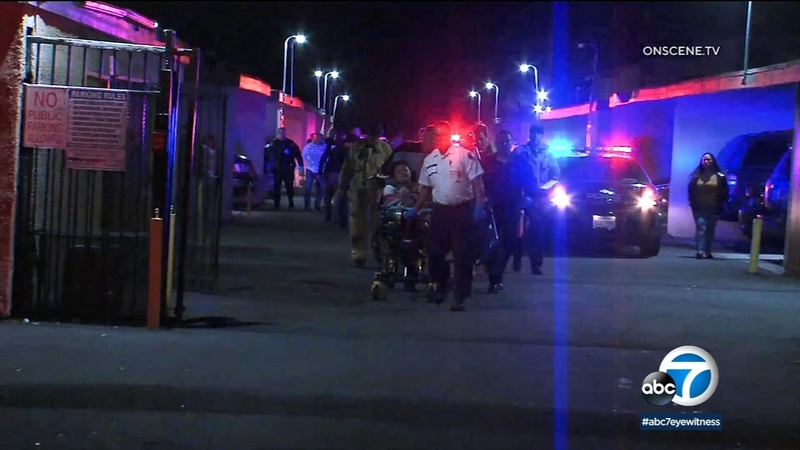 Mother, adult son shot in Pomona after he tries to prevent robbery

POMONA, Calif. (KABC) -- A man and his mother were shot Friday evening in Pomona as the woman was being robbed and the son tried to intervene, authorities said.

The shooting occurred shortly before 10 p.m. in the 800 block of Buena Vista Avenue, according to the Pomona Police Department. Officers arrived at the scene and found the victims suffering from gunshot wounds.

According to investigators, one of the suspects brandished a handgun and opened fire after the son attempted to intervene in the robbery of his mother.

Both victims were hospitalized. The man was critically injured and the woman was listed in stable condition, police said in a statement.

The suspects remained at large. Descriptions were not available.