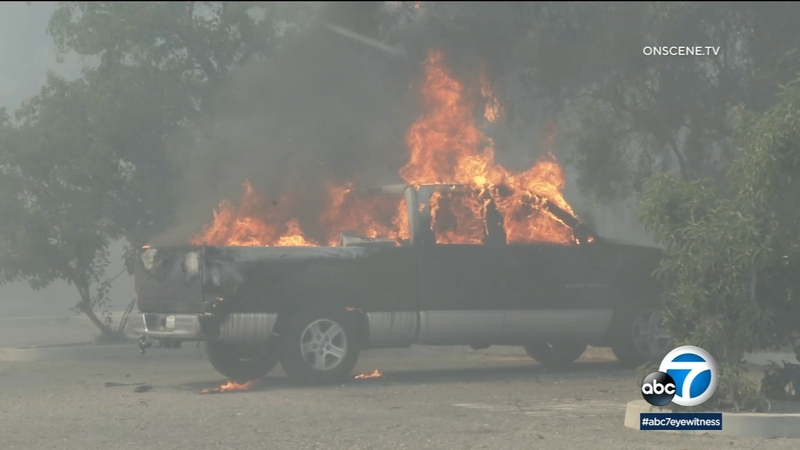 The fire broke out shortly before 3:30 p.m. in the 11200 block of Porter Ranch Drive. As many as seven acres of grass were scorched south of the 118 Freeway, according to the Los Angeles Fire Department.

The blaze was 75% contained as of Sunday evening.

About 140 LAFD firefighters responded to the scene for a ground and aerial assault on the fire.

Crews managed to stop the fire's forward progress at about 4:30 p.m., LAFD says.

Officials are calling the blaze the Porter Fire. The flames were fanned by 10-15 mph winds from the south, according to LAFD.

Some spot fires were reported near and within Monteria Estates but LAFD says no homes are threatened at this time, and there are no evacuations.

Fire officials say a pickup truck parked in a lot adjacent to the 118 Freeway was destroyed by the fire.

The California Highway Patrol issued a SIG alert in Porter Ranch. The eastbound 118 Freeway off-ramp to Porter Ranch Drive, will be closed for at least one hour due to the fire, CHP said.

LAFD says the origin of the fire began at or near a homeless encampment near the freeway, but the cause of the fire remains under investigation.