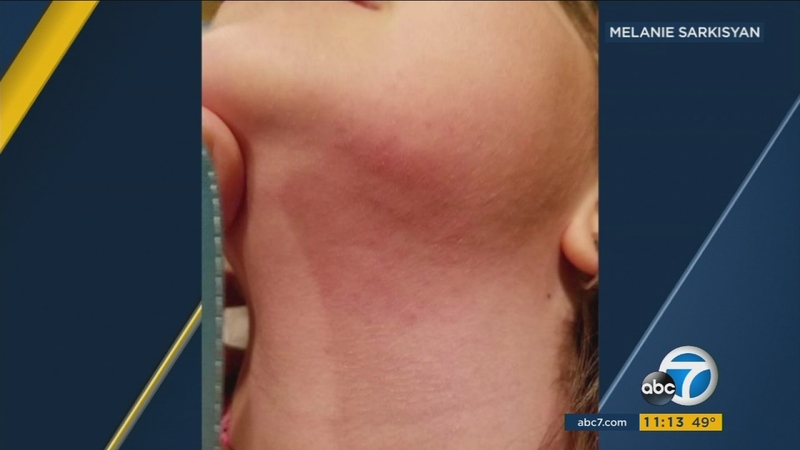 PORTER RANCH, LOS ANGELES (KABC) -- Residents in Porter Ranch, the site of the worst natural gas leak in U.S. history last winter, said they can smell gas again and are getting sick.

The Dormani family had to leave the community for seven months during the leak and only returned after spending thousands of dollars ripping out all their old carpeting and upholstery.

Eyewitness News was sent a photo of a rash on another resident. The problems seem to coincide with SoCalGas withdrawing from their Aliso Canyon storage facility this week amid cold weather. The SoCal Air Quality Management District said they received nearly 30 complaints beginning Sunday.

City Councilman Mitchell Englander said the gas field should be shut down until more is done. Others want to see it shut down and sealed permanently, no matter what.

"At the end of the day, I can have headaches. I can be nauseous. I can have these symptoms, but when it happens to my kids - that's it, I'm done. Frankly, I don't see any other resolution other than having them shut down that facility," resident Christine Soderlund said.

Eyewitness News reached out to SoCalGas, which issued a statement saying all of their monitoring systems showed no heightened levels of methane gas in any part of the community.

Residents said Thursday night they will be in front of the gas storage facility gates to call for an end to the use of gas from the field and an investigation into the recent withdrawals.