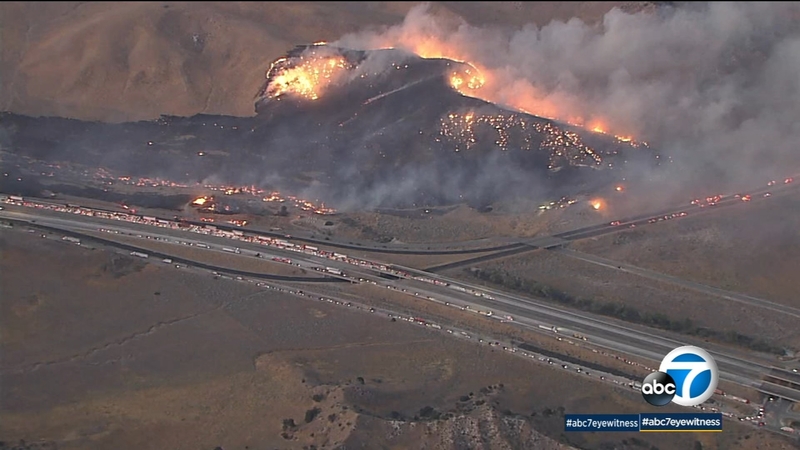 GORMAN, Calif. (KABC) -- A wildfire burning in Gorman near the 5 Freeway was holding at approximately 120 acres Monday at 35% containment, fire officials said.

The blaze, which was earlier estimated to be around 200 acres after igniting on Sunday, caused some road closures in the area.

Just before midnight, two lanes on northbound I-5 Freeway were reopened after all lanes were previously closed, according to the California Highway Patrol.

All southbound lanes of the I-5 have since reopened.

The westbound lanes of the 138 Freeway to the 5 Freeway were expected to remain closed until Tuesday morning due to all of the thick smoke in the air.

Around 9 p.m. Sunday, Los Angeles County Fire said forward progress of the fire has been stopped and the fire remains at 200 acres.

The blaze, named the Post Fire, was reported around 7 p.m. initially at a quarter acre in the area of Gorman Road and the northbound 5.

In dry, hot conditions, it quickly grew, with size estimates jumping from four acres to 40 to 200 in less than two hours.

Firefighters are battling a blaze that grew to at least 40 acres and forced the closure of the 5 Freeway near Gorman.