President Donald Trump again blamed California for the year's dangerous and deadly wildfires and threatened to withhold federal funding from the state.

During a cabinet meeting Wednesday, he said the state needs to clear old trees to prevent fires.

"What's happening should never happen. I go all over the country and I meet with governors. The first thing they say is there's no reason for forest fires like that in California. So I say to the governor, or whoever is going to be the governor of California, you'd better get your act together because California, we're just not going to continue to pay the kind of money that we're paying because of fires that should never be to that extent," he said.

It was unclear what kind of federal funding Trump would withhold from the state.

Earlier this year, the president tweeted the state's water policy was preventing water from being used to fight wildfires. He also claimed the water was being diverted to the ocean and mentioned the tree-clearing method.

Cal Fire issued a response to Trump's tweet, saying the claims were untrue. 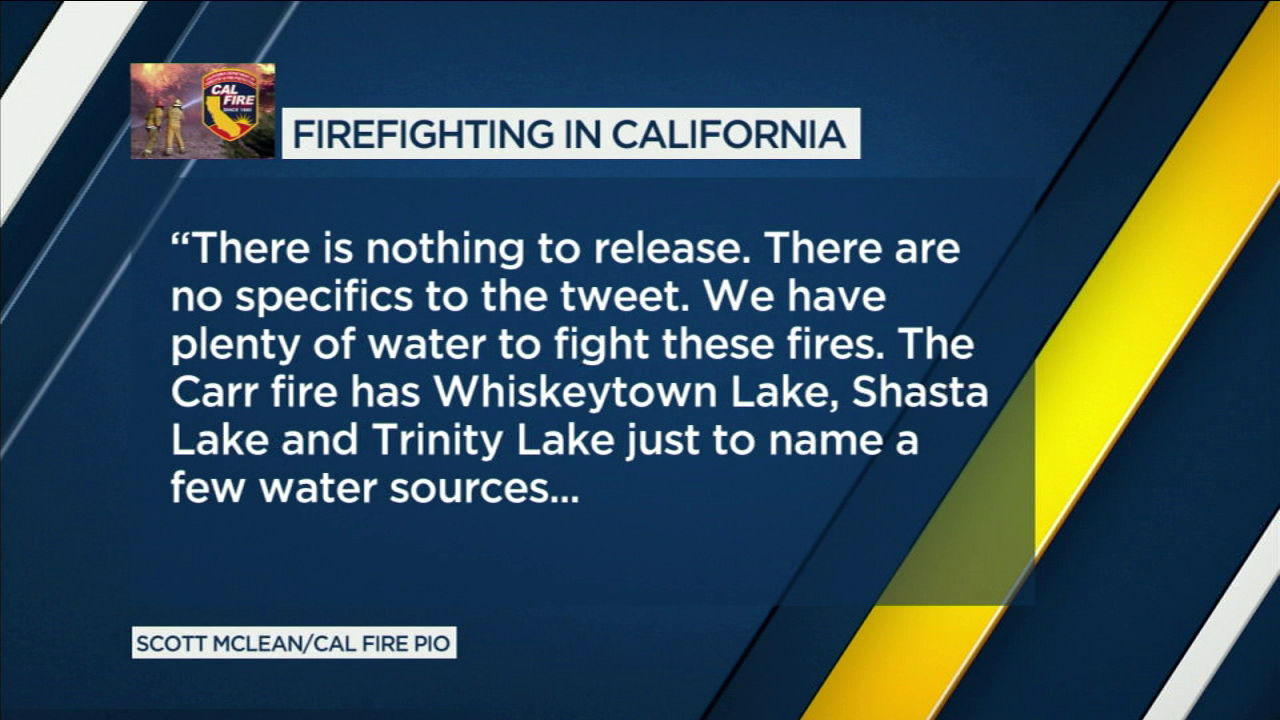