Leaders from both political parties, other public figures react to Trump remarks 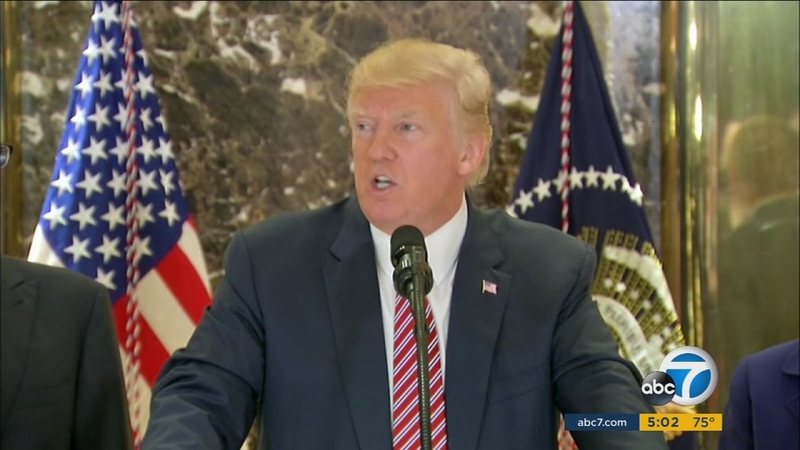 Republican and Democratic lawmakers are reacting to President Donald Trump's latest comments on the violence over the weekend in Charlottesville, Virginia. The president said he believes "there's blame on both sides" for what transpired.

- Republican House Speaker Paul Ryan: "We must be clear. White supremacy is repulsive. This bigotry is counter to all this country stands for. There can be no moral ambiguity."

- Republican Rep. Ileana Ros-Lehtinen of Florida: "Blaming 'both sides' for #Charlottesville?! No. Back to relativism when dealing with KKK, Nazi sympathizers, white supremacists? Just no."

- Republican Sen. Rob Portman of Ohio: "We must speak out clearly against the hatred, racism and white supremacists who descended upon #Charlottesville."

- Republican Sen. Jerry Moran of Kansas: "White supremacy, bigotry & racism have absolutely no place in our society & no one - especially POTUS - should ever tolerate it."

- Democratic Sen. Brian Schatz of Hawaii: "As a Jew, as an American, as a human, words cannot express my disgust and disappointment. This is not my President."

- Democratic Sen. Elizabeth Warren of Massachusetts: "The President of the United States just defended neo-Nazis and blamed those who condemn their racism and hate. This is sick."

- House Democratic Leader Nancy Pelosi of California: "There is only one side to be on when a white supremacist mob brutalizes and murders in America. The American people deserve a president who understands that."

- Senate Minority Leader Chuck Schumer of New York: "By saying he is not taking sides, Donald Trump clearly is. When David Duke and white supremacists cheer your remarks, you're doing it very very wrong."

- Democratic Gov. Terry McAuliffe of Virginia: "Neo-Nazis, Klansmen and white supremacists came to Charlottesville heavily armed, spewing hatred and looking for a fight. One of them murdered a young woman in an act of domestic terrorism, and two of our finest officers were killed in a tragic accident while serving to protect this community. This was not 'both sides.'"

Figures from the worlds of entertainment and sports also weighed in on the president's comments.

"Hate has always existed in America," NBA star LeBron James tweeted. "Yes we know that but Donald Trump just made it fashionable again! Statues has nothing to do with us now!"

Hate has always existed in America. Yes we know that but Donald Trump just made it fashionable again! Statues has nothing to do with us now!

I haven't seen anything that crazy since Tyson bit Holyfield @realDonaldTrump

The White House these days. So full of sound and führer.

Gregory Brittain, an attorney and member of the Redlands Tea Party Patriots, said the president's comments are being portrayed inaccurately in the media.

"From the minute it happened, most of the media outlets were running the narrative of 'Aha see, we told you so. President Trump and his supporters are a bunch of racists.' Which is not true. No matter what he said that was going to be the narrative."

"He didn't really take the leadership, take the initiaitive and denounce hate and hatemongers like he should have initially," Hutchinson said. "Then only under massive pressure did he issue another statement seeming to name some names. Then in the next breath he took it back. What Trump are we to believe?"
Report a correction or typo
Related topics:
politicslebron jamescharlottesville demonstrationspaul ryantwitterpresident donald trump
Copyright © 2022 by The Associated Press. All Rights Reserved.
TOP STORIES
Girl, 11, dies days after ATV crash that killed boy in Apple Valley
Girl dies after falling from moving SUV on freeway near Santa Clarita
1 dead in Pasadena stabbing; suspect detained after Target evacuation
'Moulin Rouge' brings truth, beauty, freedom, love to Pantages Theatre
Some employers offering 'pawternity leave' for workers
Man hit boy with truck and posed as cop to try to kidnap him: LAPD
8-year-old girl injured on Six Flags ride by flying cellphone: Family
Show More
LAPD asks public to help identify murder suspect, woman seen on video
Anson Williams - Potsie from 'Happy Days' - entering politics
Gunman in Nipsey Hussle killing is found guilty of first-degree murder
IE hockey team hires 1st woman assistant coach for NHL's minor league
Uvalde officer asked to shoot gunman before he entered school: Report
More TOP STORIES News