The soon-to-be 18-year-old collected her diploma from the private Sidwell Friends School in Northwest Washington during an outdoor ceremony warmed by sunshine. Her father, mother and other family members were on hand for the big moment. The White House barred any media coverage.

Malia was 10 and longing for the puppy her father had promised when her family moved to the White House. She's grown up in the public eye ever since, getting and shedding braces, being taught how to drive by Secret Service agents and spending short stints away from her parents and sister. 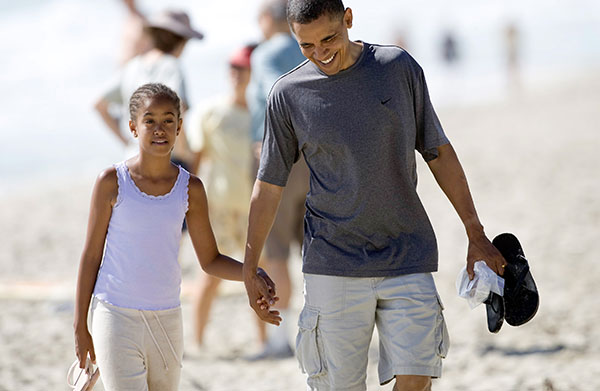 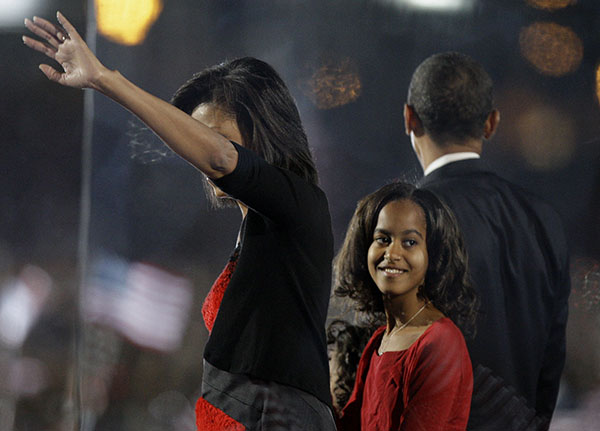 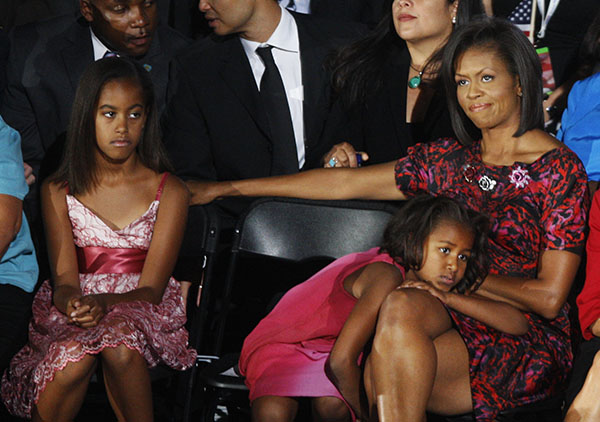 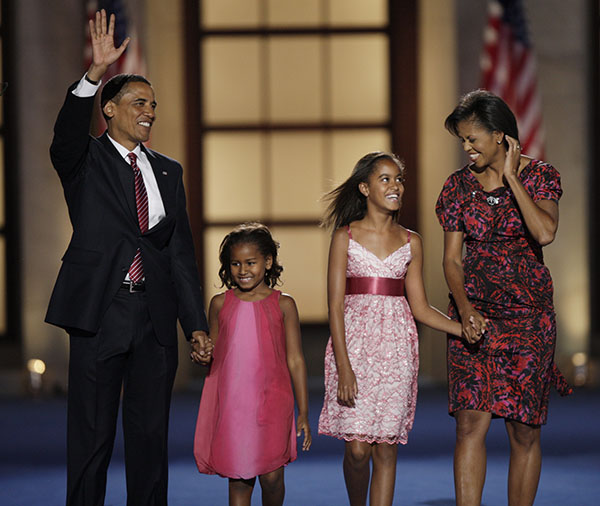 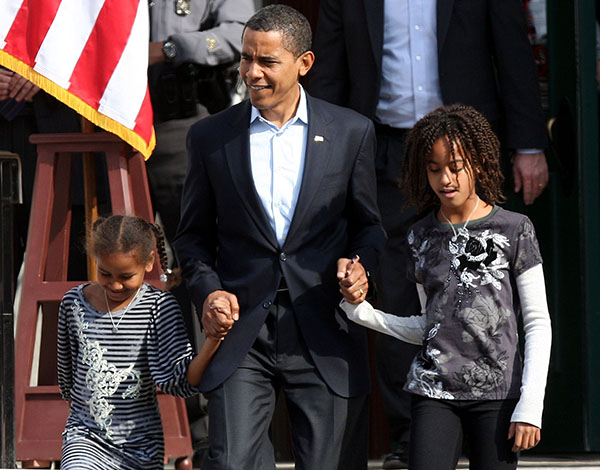 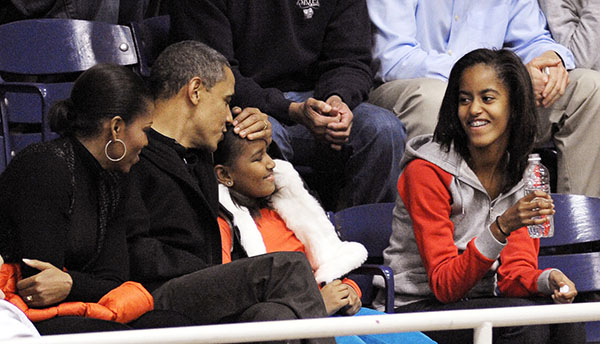 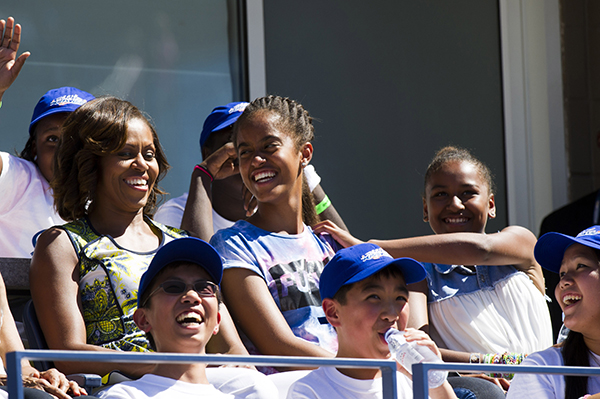 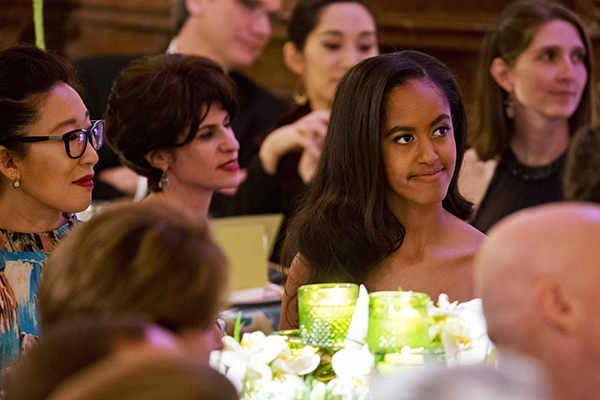 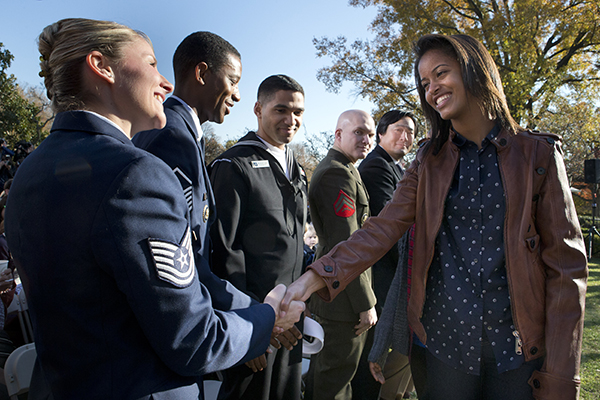 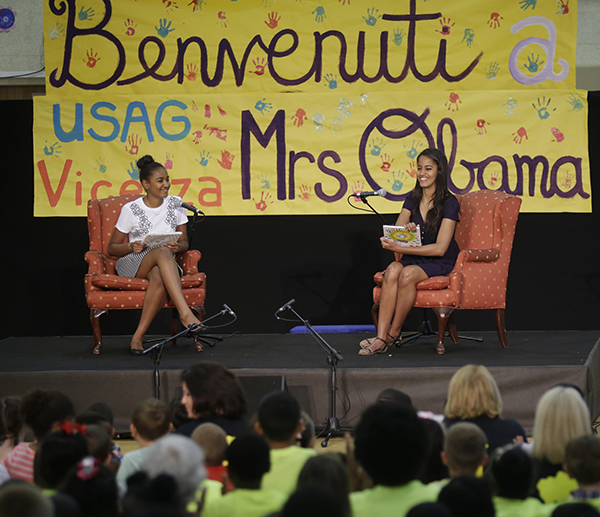 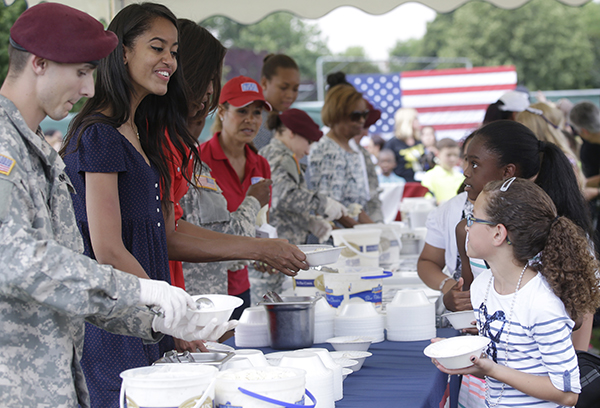 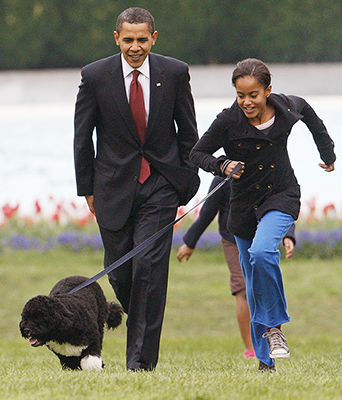 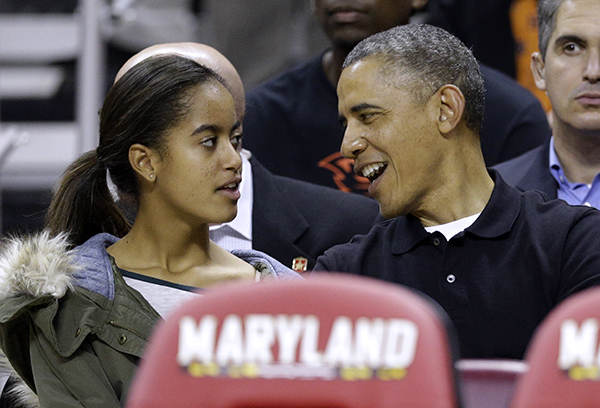 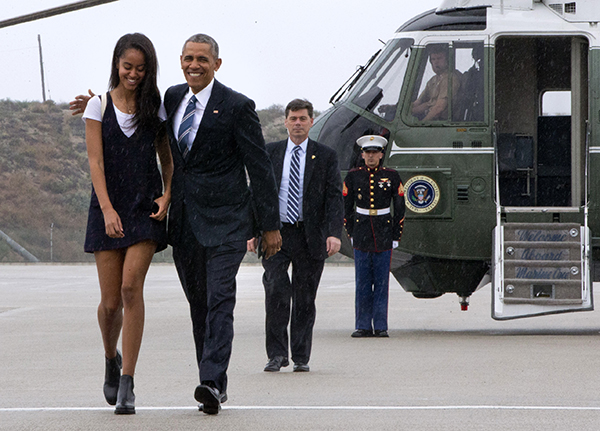 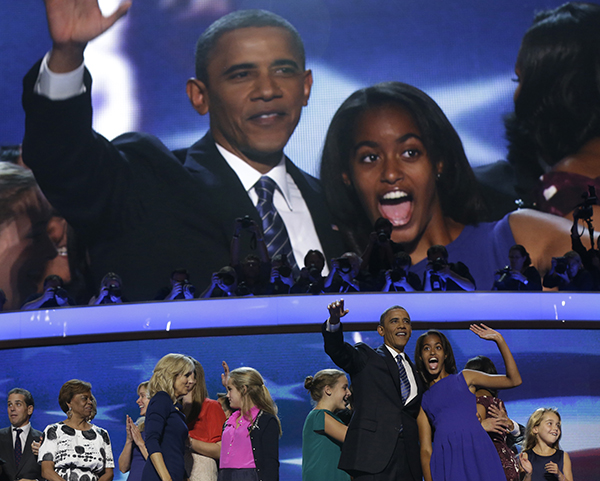 1 of 15
Democratic presidential candidate Sen. Barack Obama, D-Ill. walks down the beach with his daughter Malia, 10, during his vacation to Hawaii, Aug. 12, 2008. (AP Photo/Marco Garcia)
AP

Obama has said it hasn't been easy watching "one of my best friends" grow up so fast, in front of the world.

"I do a lot of commencements around this time of year, which I love doing, although my older daughter is graduating this week and I will not be able to handle that well," he told donors at a New York fundraiser earlier this week.

Obama has blamed his emotions for declining an invitation to deliver Sidwell's commencement address as then-President Bill Clinton did in 1997 when his daughter, Chelsea, graduated from the same school.

Malia's younger sister, Sasha, who turned 15 on Friday, attends Sidwell, too. After Friday's graduation ceremony, the Obama family celebrated over lunch at Cafe Milano in Georgetown.

What's next for Malia? She's taking a year off before enrolling at Harvard in the fall of 2017.

The Obamas haven't disclosed Malia's plans for her "gap year," but delaying college could keep her close to her tight-knit family as it prepares for the end of Obama's presidency in January. The Obamas plan to stay in Washington for several years after he leaves office so Sasha can finish school at Sidwell.

Both parents often praise Malia and her sister for being normal, happy kids despite living lives that are anything but normal.

The Obama girls were the youngest kids to grow up at the White House since President John F. Kennedy's children, Caroline and John Jr., more than a half century ago. Obama has joked it comforts him to know that his girls are being watched over by "men with guns" - Secret Service agents.

Malia has traveled to Europe, Africa, Asia, South America and the Caribbean with her parents, and taken a school trip to Mexico. She's met celebrities and high-powered people, including two popes.

Michelle Obama has said her daughter wants to be a filmmaker. Malia has had summer internships on the New York set of HBO's "Girls" and in Los Angeles on a CBS sci-fi drama, since canceled, that starred Halle Berry. The experiences allowed her to sample life on her own, though not outside the reach of her Secret Service protectors.

Three months into White House life, Malia got the long-awaited puppy: Bo, a Portuguese water dog that was less likely than other breeds to aggravate her allergies. Obama had promised his kids a dog after the November 2008 election.

The pre-teen whose swing set still sits just outside the Oval Office now turns heads when she's spotted around town - including driving her car.

At school, Malia played soccer and tennis, the flute and piano. In a house with 132 rooms, she and her sister did not share one. Both girls get themselves up early every day to get ready for school, the first lady has said. They make their own beds and handle their laundry.

Braces appeared when Malia was 12. Secret Service agents taught her how to drive.

Malia turns 18 on July 4, in time to cast her first vote for president - and for her father's successor.