The musical is now playing at the Dolby Theatre in Hollywood.
KABC
By George Pennacchio 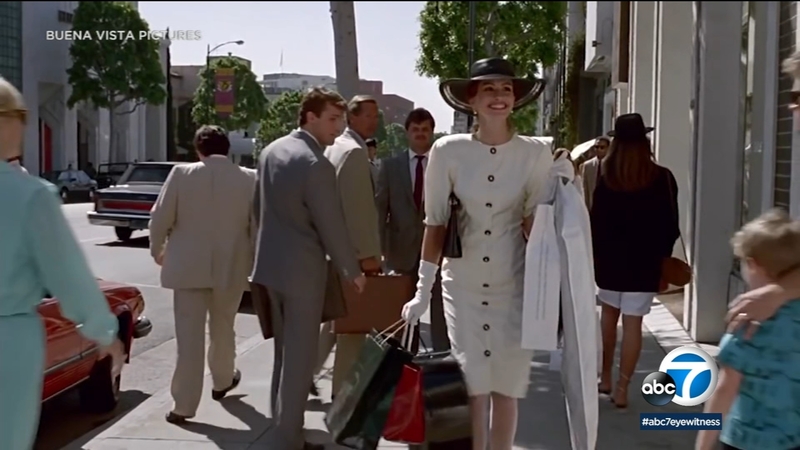 Singing the praises of 'Pretty Woman'

HOLLYWOOD (KABC) -- The late Garry Marshall worked on the musical version of "Pretty Woman" on Broadway, but sadly he didn't live to see the debut of the stage version of his 1990 movie.

The musical is now at the Dolby Theatre in Hollywood.

Eyewitness News went to Marshall's office at his theater in Toluca Lake.

His memories are everywhere you look.

Marshall was looking at turning "Pretty Woman," his much-loved movie with Richard Gere and Julia Roberts, into a Broadway musical.

When it happened after his passing, his widow, Barbara, said there was a special performance in his honor.

"Julia came with me, and we sat together, but when the music swells, you can't not feel it," she said. "But we all know he's there. The cast talks about him. One night, one of the cast members said to me, 'You know, Garry was backstage tonight.' I said, 'Really? Next time you see him, say hi for me.'"

"Pretty Woman: The Musical" is now touring the country and features Adam Pascal and Olivia Valli.

"We have people dressing up like Julia Roberts. We're, like, 'It's crazy!' Like, you have the people dressed in, like, the red gown or the brown and white polka dot dress, and people are just moved," said Valli. "You're going to see the moment with the jewelry box, and the audience can't help but kind of chuckle at that because they're, like, 'Oh, yeah, this is still an homage to the movie.'"

Pascal believes it's important to take those iconic scenes and make sure that they show up on stage.

"That is what people remember, and they remember them because they worked," she said. "In the way that Garry constructed a lot of those scenes in the movie just perfectly translate to the stage. There's no reason to change it. It worked great there. Let's just put it here, you know, and let's sing around it with some great songs and boom! That should work, right? And it does."

What may not work on stage worked for Marshall his entire career.

His wife was one of them.

"If he was having dinner and a waitress would say something nice to him or something and she'd say, 'Can I be in your next movie?' He'd say, 'Give me your name and address' no matter where we were," said Barbara Marshall. "It was amazing, and he would mostly do it!"

It will then move to Orange County and will begin a two-week run at the Segerstrom Center in Costa Mesa.