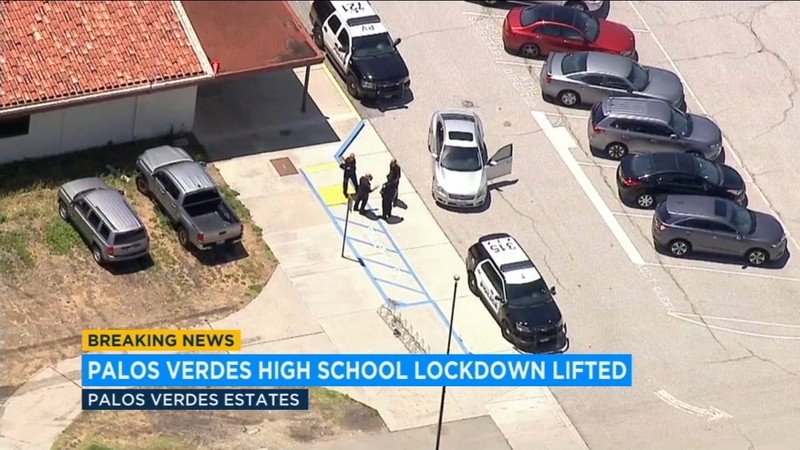 PALOS VERDES, Calif. (KABC) -- Police were investigating a threat Thursday made against Palos Verdes High School that prompted the campus to be temporarily placed on lockdown.

Palos Verdes police said they were investigating an anonymous threat but did not provide additional details.

@pvepd is on scene at @PVHS_Seakings investigating an anonymous threat made to the school. As a precaution, the school is currently on lock-down until we investigate and determine the campus safe. @pvpschools

The school was placed on lockdown around 11:15 a.m. as a precautionary measure due to a phone threat, according to the Palos Verdes Peninsula Unified School District website.

"Students and staff are safe and police are on campus," the school district stated in the site message.

The lockdown was lifted shortly before 1 p.m. School officials said that due to the disruption, they decided to end the school day at 12:45 p.m.

The gates will be open for student pick up beginning at 12:45 p.m. PV Transit can provide a bus for students who normally take the bus after school. Taxis for students with special needs have been contacted.

PVEPD were still on campus. All staff and students are safe, officials said.

The threat came a day after a controversial photo was posted online of two Palos Verdes High students standing together and laughing while holding a "promposal" sign appearing to have a racist message. Many in the Palos Verdes community were outraged, calling on the school to condemn what they called an act of "racism" and "ignorance."