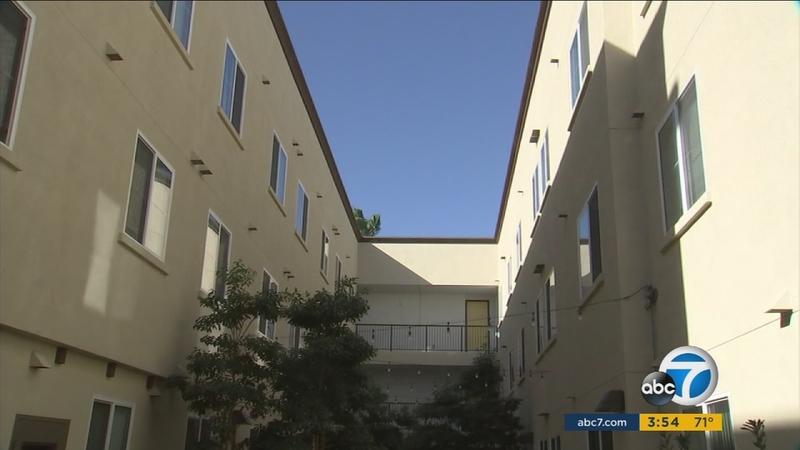 WINNETKA, LOS ANGELES (KABC) -- Los Angeles voters passed Proposition HHH, which will raise $1.2 billion to help the city's homeless get off the streets and into housing.

The measure should bring about 7,000 units of permanent supportive housing for the city's most vulnerable and chronically homeless, according to the group People Assisting The Homeless.

In Winnetka Village, 94 units have been set aside for the homeless and rent depends on their income, even if it's nothing.

Though the housing may just be a one bedroom apartment, for Horace Hughes, it's home.

And it's the first real one he's known in decades.

"Once you get your own place and get a responsibility, it'll make you think of stuff, like I should've been doing this years ago," Hughes said.

With the passing of Prop HHH, more housing like Hughes' home is on the way.

But as great as the additional housing will be, Horace admitted that it won't solve the homeless problem by itself.

He said some of the homeless want to be on the streets.

Homeless advocates agree that drug addiction is a major part of the issue.

"It's tough, sometimes you have to visit somebody one time on the street, sometimes a dozen times, sometimes 100 times before they're willing to trust and break that addiction or deal with the mental health challenges that often fuel those addictions," Los Angeles Mayor Eric Garcetti said.

Hughes said the cause was worth fighting for as the four walls around him made a world of difference in his life.