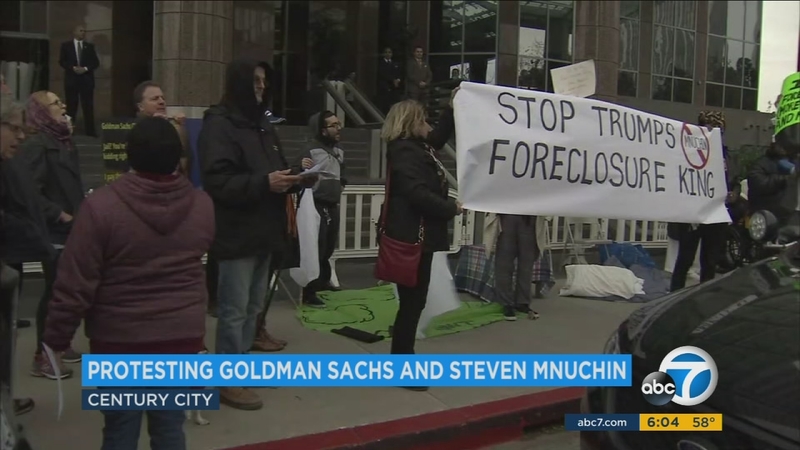 The protesters, who say they're victims of foreclosure fraud and predatory lending, gathered near his home just a day before his committee hearing.

They said they are outraged that so many Wall Street executives involved in the foreclosure debacle are being rewarded with top spots in the White House. The rally started earlier Wednesday outside of a Goldman Sachs office in Century City.

Mnuchin spent 17 years with the company before becoming a top executive. The foreclosure victims and community members describe him as a man who foreclosed on tens of thousands of Californians.

"How can someone who has foreclosed on thousands of homeowners be the chairman of the treasury? That doesn't make sense, so I just think that we're in for a bumpy ride if we don't fight that," Peggy Mears said.

Two advocacy groups filed a complaint with the Housing and Urban Development Department against Mnuchin. The complaint alleges that One West Bank, which Mnuchin owned until 2015, discriminated against minorities.