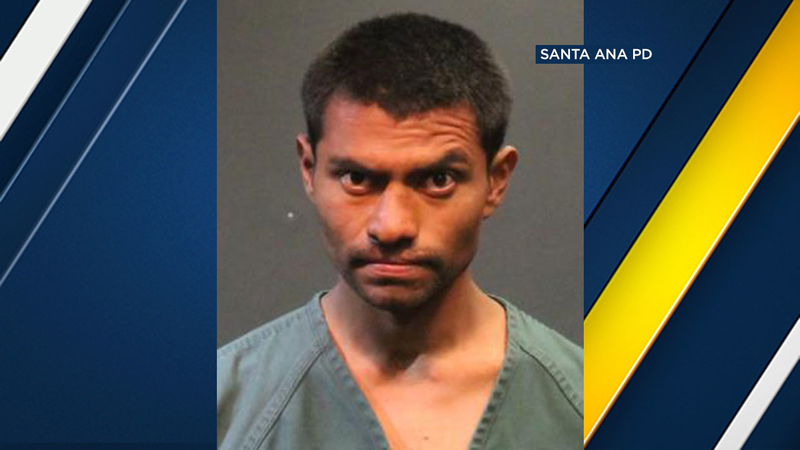 Police say the first incident happened Monday around 10:17 p.m., when a woman says she noticed the desk in her first-floor condo had been moved and the screen was out of place in her window.

She turned around and saw a man in her bedroom. He didn't say anything, but put a finger over his mouth, telling her to keep quiet.

The woman and her roommate locked themselves in a bathroom and called 911.

The suspect fled and police were not able to locate him that night.

Two days later, shortly after midnight, the woman saw the same suspect standing at her rear door. She called police and this time they were able to catch the suspect, who was wearing the same clothing as the earlier burglary.

The suspect was identified as Isaias Vargas-Martinez, 26, believed to be a transient from the Santa Ana area.

The suspect has had previous encounters with police, including an arrest for sexual assault, according to Santa Ana police.