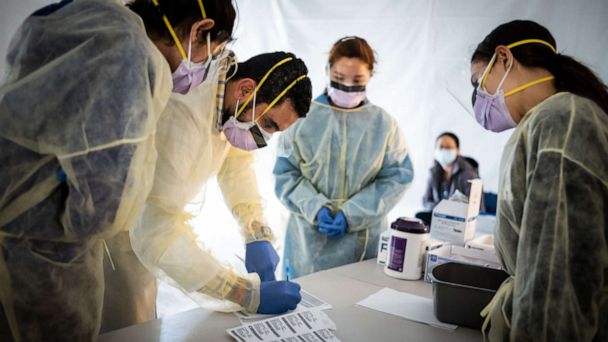 Anxieties and fears will undoubtedly heighten for Americans as more states reopen under the novel coronavirus crisis, despite no vaccine and not enough widespread testing.

Yet like the virus' impact, the psychological impact of reopening will be disproportionate. It is bound to deepen the already-stark divide in the country between the haves and the have-nots -- those who can choose when they'd like to return to normal life and those who have been deemed essential to keep working.


"The haves have a choice and the have-nots do not have a choice," Dr. Priscilla Dass-Brailsford, an associate professor of psychology at Georgetown University School of Medicine, told ABC News.

Dass-Brailsford said the majority of Americans will experience some form of anxiety, fear or paranoia as they step back out into the world.

"I wonder whether this person has COVID-19," she said some will think as they interact with more people.

"You're gonna hit the elevator buttons with your elbows... Some of us, I think, will continue to wear face masks" even after the pandemic is over, she added.

But Dass-Brailsford said those who will experience the greatest psychological toll are the ones who have been in the thick of the crisis.

It will be "the FedEx worker who has to deliver something, the mail carrier who has to come to your door, the people who work in the supermarkets who have to be there in order to stock the shelves, the nurses, the frontline workers," Dass-Brailsford said. "They have to turn up every day."

She said that these essential workers have not had the privilege to stay inside, and instead, have had to constantly put themselves in harm's way.

Dass-Brailsford said that while her job is by no means "luxurious," she thinks it's a luxury that she can do her work from home -- especially during a time of crisis.

"Some people don't have a choice about going back to work. They have to, because they need the money," she said.


Nearly half of the population has been deemed essential workers, according to the nonprofit United Way. The Department of Homeland Security deemed 16 sectors as essential, including communications, emergency services, financial services, food and agriculture, government facilities and healthcare.

While it is hard to estimate the mental toll this will take, and what that exact toll will be, the trauma experts ABC News spoke to believe it will be widespread.

"It's a unique phenomena by itself... We don't have a good way really to capture and quantify the threat and capture its scope, which makes people extremely anxious," Dr. Yuval Neria, a professor of medical psychology at Columbia University Medical Center, told ABC News.

For healthcare workers, Neria said the trauma has already begun.

"Nurses, doctors, first responders, people are really struggling with post-traumatic reactions already," he said. "It's unfortunate, but it's part of this new reality and we need to prepare to address the mental health needs -- which I don't think we are there as a society."

Dr. Lorna Breen was the medical director of the emergency department at NewYork-Presbyterian/Allen Hospital.

"Frontline healthcare professionals and first responders are not immune to the mental or physical effects of the current pandemic," Charlottesville Police Chief RaShall Brackney said in a statement.

"Personal protective equipment (PPE) can reduce the likelihood of being infected," Brackney said, "but what they cannot protect heroes like Dr. Lorna Breen or our first responders against is the emotional and mental devastation caused by this disease."


For those who have the option to choose when to re-enter society, Neria believes many will engage in avoidant behavior. He said avoidance is a key symptom of PTSD.

"I expect many people to be avoidant and try to stay at home," Neria said.

Dass-Brailsford echoed Neria's notion that health disparities are not something the U.S. pays much attention to.

"We've done a lot of talking about it, but we haven't fully tended to it," she said.

It is also hard to compare the trauma people may feel now, to any prior event. Though, if one did want to compare, Dass-Brailsford said, there does exist a pattern of people wanting to return to normal after a traumatic happening.

"You wish you could turn the clock back and things could just be the same thing," she said.

With the coronavirus outbreak, these anxieties are heightened, because the finish line still looks blurry.

"If it's a car accident or a terrorist bombing, you know how many people died," she said. "With this pandemic, this one in particular, we do not have an endpoint." 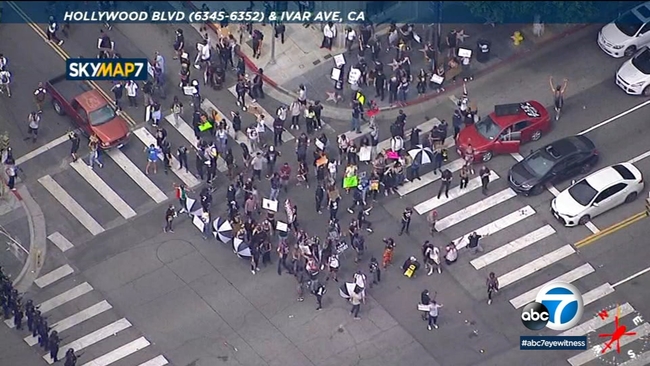 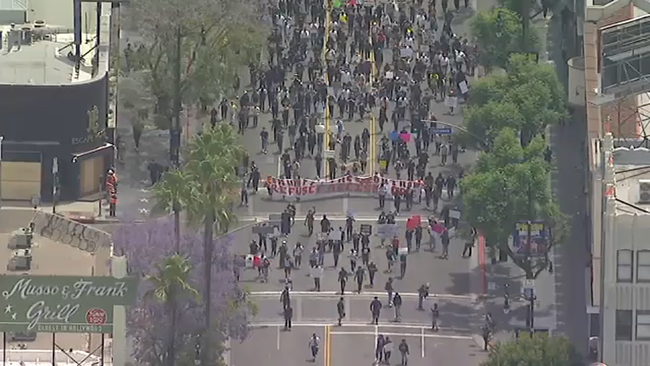