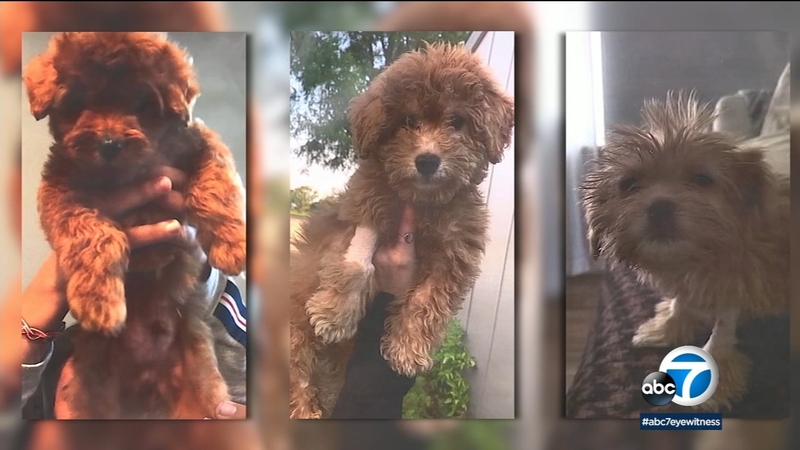 Eleven-year-old Manuel Loy fell in love with the puppy he and his family saw listed for sale on Craigslist.

But the Goldendoodle cost $1,200, so Manuel worked at his dad's barber shop. He earned $600 and his parents pitched in the other $600 to buy the female puppy Manuel had already named Penny.

But within days of bringing the puppy home, the dog was growing ill.

"He had diarrhea. He was throwing up," Manuel said. "He couldn't even walk straight, he was like tumbling over... So then we took him to the vet. He said he had Parvo and it was best to just put him down."

And even before the dog's tragic end, the family learned Penny was actually a male.

And the vet said he wasn't even a Goldendoodle. Manuel found that out while washing the puppy.

"We took him in the shower and his red hair dye came out," he said. "It was all over our hands."

The Loy family is just one of several families suing the Kenney family of Phelan, which their attorney says was running an illegal puppy-selling business out of their home.

"Anybody who's ever had a puppy knows how much you love it and you know how much it hurts when you lose it," said attorney Gary Praglin.

Praglin is representing the Loys and five other families he says were not only scammed out of thousands of dollars, but were emotionally scarred when those dogs quickly grew ill and had to be euthanized.

"Time's up," said Praglin. "The lawsuit's filed and we're going to put an end to it."

Eyewitness News made several calls to the Kenneys for comment, but they were not returned.

With the holidays fast approaching, puppies are often thought of as the perfect gift, but animal rights activists say its important to get a dog from a place that puts the health of the animal ahead of profits.