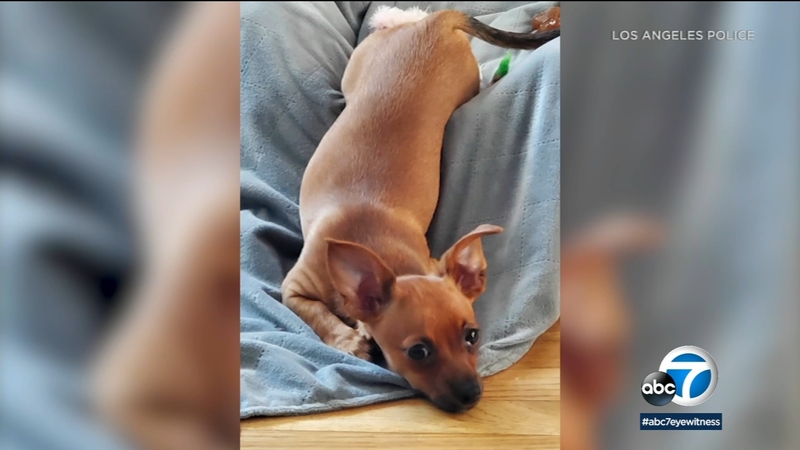 LOS ANGELES (KABC) -- Authorities are seeking the public's help in locating a puppy that was taken from from a victim during a robbery in Los Angeles.

On July 29, the victim was walking the four-month-old brown chihuahua on the 5000 block of Maplewood Avenue, according to the Los Angeles Police Department. As the victim was looking down at their cell phone, police say a suspect pushed the victim to the floor from behind.

The suspect then took the puppy and fled in a white Chevy Volt last seen going northbound on Van Ness Avenue, police said.

The suspect is described as a man in his late 20s, five feet nine inches tall and weighs about 180 pounds.