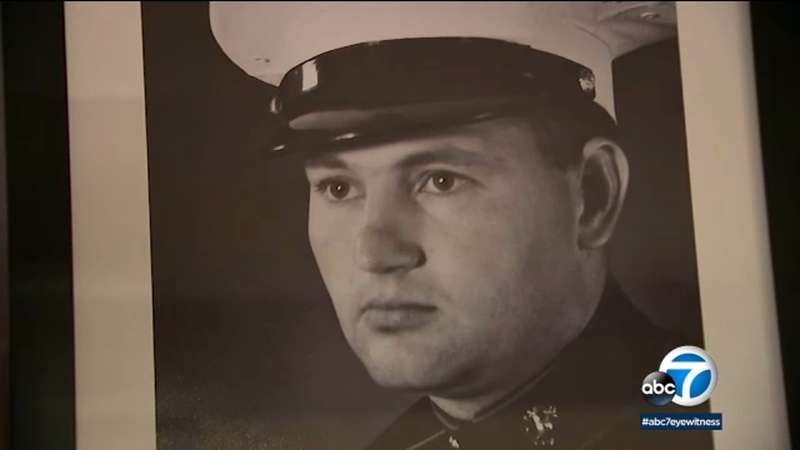 Woman honored with father's Purple Heart years after his death

In 1944, Marine Corporal Rudolph Culjak was wounded during World War II - an event no one really knew about until his daughter discovered it on his discharge certificate years after his death.

"I read the back of it and I said 'wounded?' I thought dad never told me he was wounded... he was very humble," said his daughter, Suzann Clark.

Turns out, his injury was also mentioned in a book written by his captain at the time. That gave Clark enough documentation to pursue the Purple Heart, one of the most recognized and respected medals in the armed forces.

"He saw my dad with a bloody bandage around his arm and asked him what happened and my dad said he was trying to throw a grenade at the enemy but he was shot first," she said.

But when the Marine Corps didn't receive the proper records, the file was closed.

"But I wasn't (going to) give up, because he'd always been my hero. He was like the best dad ever," said Clark.

Through the help of the American Legion Post in Riverside and Congressman Ken Calvert's office, it finally got approved and they were able to award her her father's Purple Heart this month.

"For her, searching or trying to get this for so long and so many years... it was a goal of mine...to try to make this happen and it's a wonderful thing," said Michael Buchner, Commander of American Legion Post 289.

"To have the Marine Corps and the federal government finally recognize his sacrifice is just kind of unbelievable," said Clark.

And even though Corporal Culjak wasn't able to live to see it, fellow Marines know how important it is to his loved ones and our country.

"It's incredible the heroism and the sacrifice that these men did for each other and for the United States during World War II... or any war for that matter. That's absolutely incredible," said Buchner.