City of Long Beach takes over Queen Mary, gets started on repairs and restorations 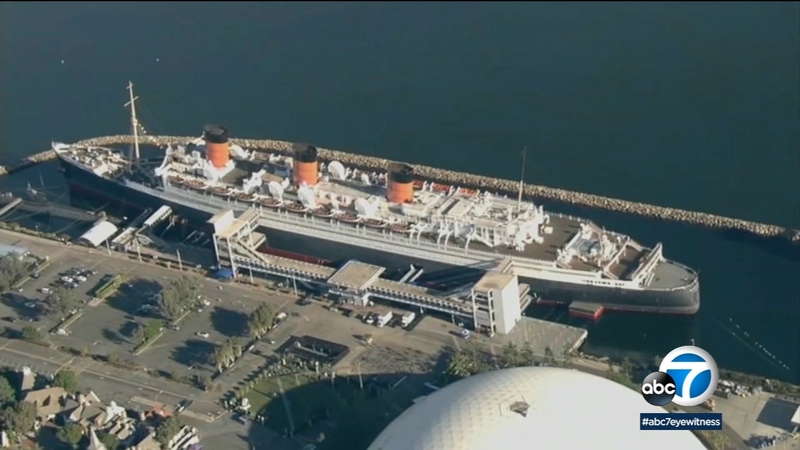 Long Beach takes over Queen Mary, gets started on repairs

LONG BEACH, Calif. (KABC) -- The historic Queen Mary in Long Beach is falling apart, and it is going to take hundreds of millions of dollars in repairs as part of a complete makeover need for the ship to survive.

About two weeks ago, the city of Long Beach set out on a mission to preserve the Queen Mary so it would last several more lifetimes.

"If you wanted to sail again, the ship needs a lot of work, but this ship is actually, it's still floating, it's about 12 to 16 feet off the sea floor, so it doesn't have a long way to go if we ever did have a settling or some issue like that," said John Keisler, the city's director of economic development, who showed Eyewitness News what needs to be done on the ship - now that the city has the keys.

While Long Beach owns the Queen Mary, it was being leased to operator Urban Commons, which ran into financial problems and couldn't maintain it.

"They're going through a bankruptcy process now, the city, of course, is asking for the courts to consider all of those obligations that they have and we're hoping that they're gonna meet those obligations," Keisler said.

The city of Long Beach will spend $2.5 million to maintain the Queen Mary for the next six months.

A judge is considering the operator's request to walk away, so while there's a legal process, the city's taking advantage of the fact that no one's on board to take care of some issues.

The main problem is in the bottom of the ship, where they hope to put temporary warning systems in place in case any water gets in.

"If there ever was a firefighting event or something like that and we had to put water on the ship, it wouldn't flow into the bottom in the hull and cause it to tilt or to list," said Keisler.

There's also the cosmetic side of it, with peeling paint, rust and restoring the life boats -- projects that could be done in about six months.

"That will allow us to reopen and bring visitors back on ship as soon as we can," Keisler said.

The long-term, ongoing preservation and restoration work could be in the hundreds of millions of dollars over the next 50 years.