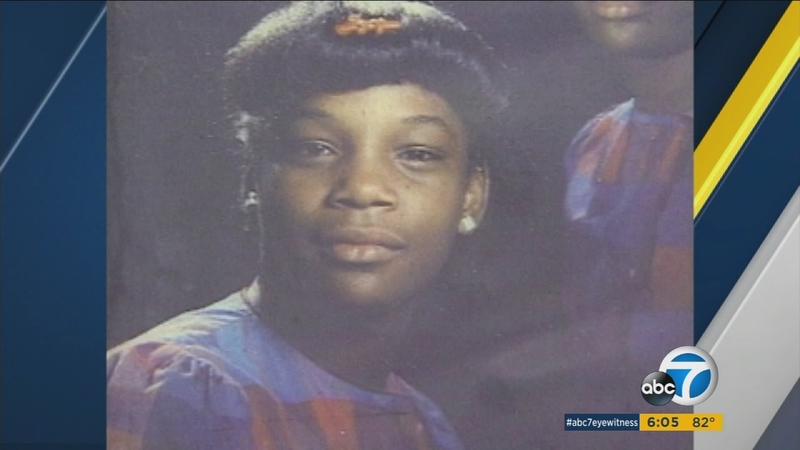 SOUTH LOS ANGELES (KABC) -- Twenty-five years ago, a young African-American girl was shot in a confrontation with a Korean store owner in South Los Angeles, an event that inflamed racial tensions in the community and may have helped fuel the 1992 riots.

Family and friends remembered Latasha Harlins with a vigil on Wednesday, even as many said they feel race relations have gotten no better since that time.

"Tonight I want people just to remember her, 25 years later," said cousin Shinese Harlins. "Nothing really has changed in the community. Just remember her as a person and how she passed away 25 years ago."

On March 16, 1991, the 15-year-old girl was shot at the Empire market and deli, where she had taken a bottle of orange juice and put it into her bag as she headed to the front of the store.
Police later said she had money and intended to pay for the juice, but the store owner accused her of stealing and a confrontation ensued.

Latasha Harlins was fatally shot in the head.

The incident happened only two weeks after the videotaped arrest and beating of Rodney King by Los Angeles police officers.

A jury later found store owner Soon Ja Du guilty of voluntary manslaughter. She could have faced a sentence of up to 16 years in state prison, but instead the trial judge sentenced her to probation, community service and a fine.

The shooting and light punishment further inflamed tensions between the Asian-American and African-American communities, and some analysts have said it was one of the contributing factors to the 1992 riots.

The Empire market was burned down during the riots and never rebuilt.

Some attendees at the vigil said they don't feel there has been much improvement in relations between races.