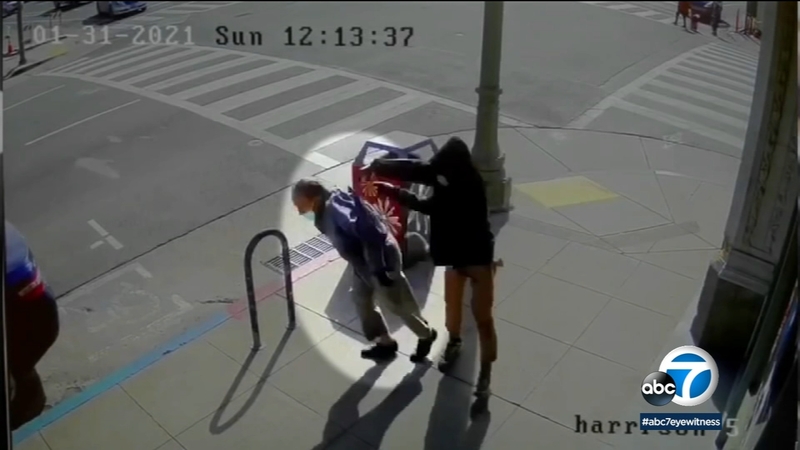 Increase in attacks on Asian-Americans seen

The Bay Area has recently seen a series of attacks targeting Asian-Americans, particularly the elderly. There have been similar attacks in other areas of the country.

With the Chinese New Year approaching Friday, law enforcement is preparing for the possibility of more attacks.

The group "Stop Asian American Pacific Islander Hate" says that since mid-March of last year until the end of 2020, they received over 2,800 accounts of anti-Asian attacks from across the country.

Some of the victims blamed anti-Asian rhetoric from former President Donald Trump and his references to the "China virus" when discussing COVID-19.

Some fear that even with Trump out of office, the problem is continuing to get worse.

"The frequency is much higher, the numbers much higher, and the attack is more severe and more serious, and it's getting more violent," said Carl Chen, president of the Oakland Chinatown Chamber of Commerce.

Anti-Asian hate crimes are rising during the coronavirus pandemic. It is the latest chapter in the long history of U.S. racism against Asian Americans.

Some prominent Asian-American actors are also speaking out. Daniel Wu and Daniel Dae Kim are offering a $25,000 reward for an arrest in one Bay Area attack.

"The way we see it is that it's not one community against another," Daniel Dae Kim said. "It's everyone versus racism."

"Unity and healing must begin with understanding and truth, not ignorance and lies," Biden said.