Nearly a full day after a fire damaged apartments in Santa Clarita, crews worked Tuesday to mop up hot spots and clear up debris around the charred area.

SANTA CLARITA, Calif. (KABC) -- Nearly a full day after a fire damaged apartments in Santa Clarita, crews worked Tuesday to mop up hot spots and clear up debris around the charred area.

On Monday, it was the scene of an intense firefight as flames raced up the hillside, putting people in the apartments and their pets in serious danger.

"My dad and I ran to the house to go get our animals and we're running through the ashes, the smoke. Literally what you see in the movies, you never thought it would happen to you in real life," Joana Alvarez said.

Alvarez and her family spent the night at a Red Cross evacuation shelter after the roof of her second-floor apartment caught fire.

"Our living room and kitchen are soaked," she said.

Her unit is among the 13 that were damaged by the 10-acre Railroad Fire.

"We're trying to stick together and be as happy as we can, but right now what my parents are worried about his how we're going to go on," Alvarez said.

Even though the fire is out, firefighters have made sure all the hot spots were doused well as they don't want anything to reignite. The L.A. County Sheriff's Department hasn't released an official cause on the fire, but they are investigating reports of fireworks going off in the area just before the blaze sparked.

Regardless of how it happened, Alvarez said she's thankful for the firefighters who were so quick to respond.

"I think they are heroes. They did everything they could. I think that they succeeded. Yeah, damage happened, but it could have been a lot worse," she said. 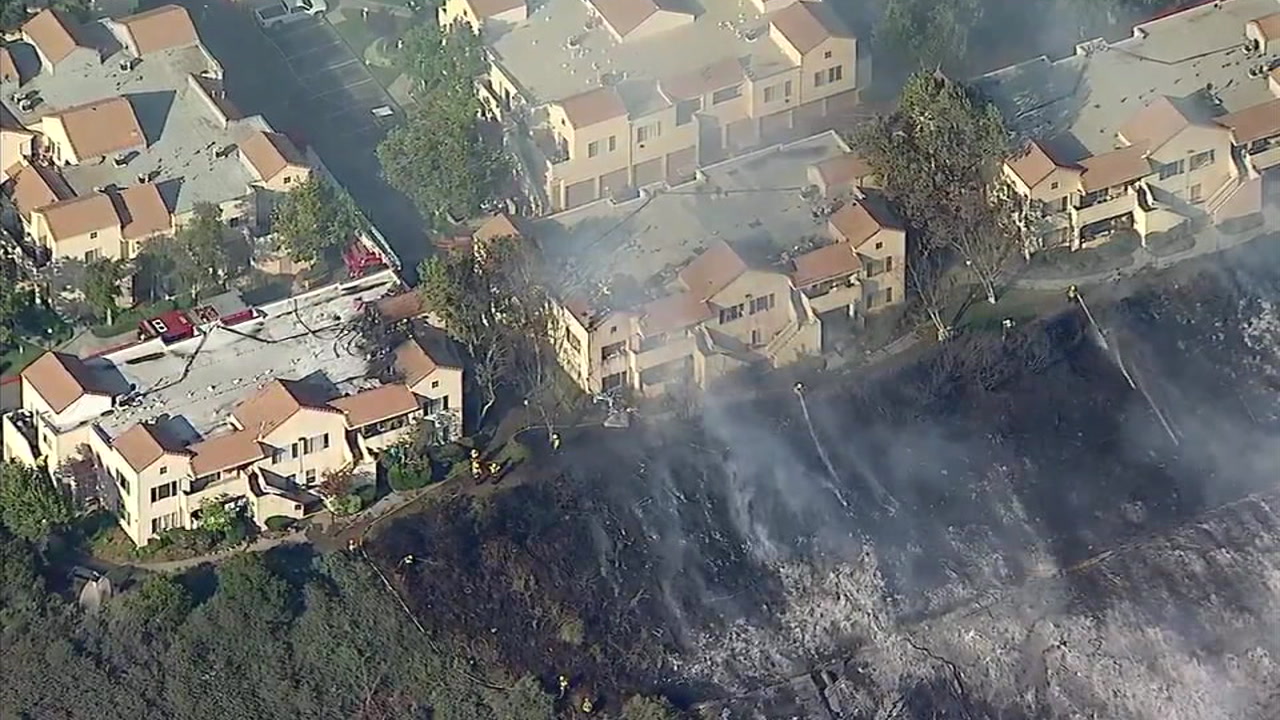