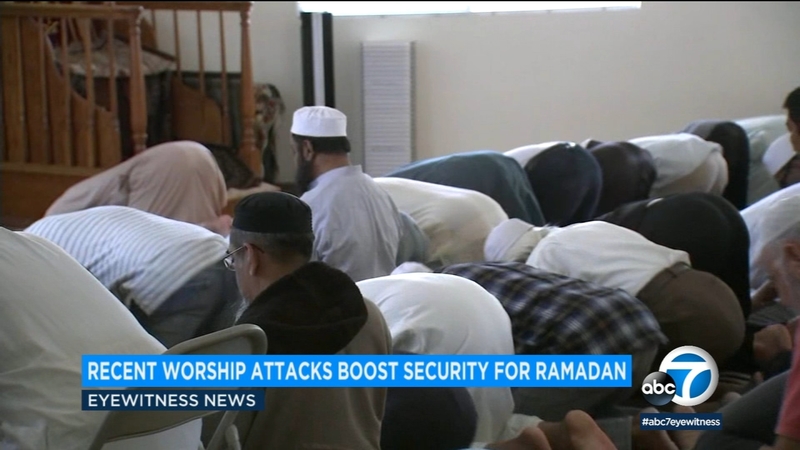 The mass shootings at mosques in New Zealand and other high-profile attacks on religious institutions in recent months have SoCal Muslim leaders on heightened alert.

At the Islamic Center of Northridge, for example, officials have stepped up security and may bring in armed guards to keep watch.

"We always have throughout the month of Ramadan, every single day we have security guards that help with parking, but also make sure that everything's civil and everything's right," said Mohammad Ibrahim Qureshi with the Northridge center.

"This year we have been talking about extra measures - more security cameras. There's also possible talk of having armed security guards."

The holy month of Ramadan begins Sunday night. Muslims observe the month by refraining from eating and other activities during the daytime in addition to engaging in increased prayer.

Religious institutions of different faiths have seen a rash of high-profile attacks in recent months.

In the New Zealand city of Christchurch, 51 people were killed in mass shootings at two mosques in March.

Then in a possible retaliation, a series of coordinated bombings at churches and hotels killed more than 250 people in Sri Lanka.