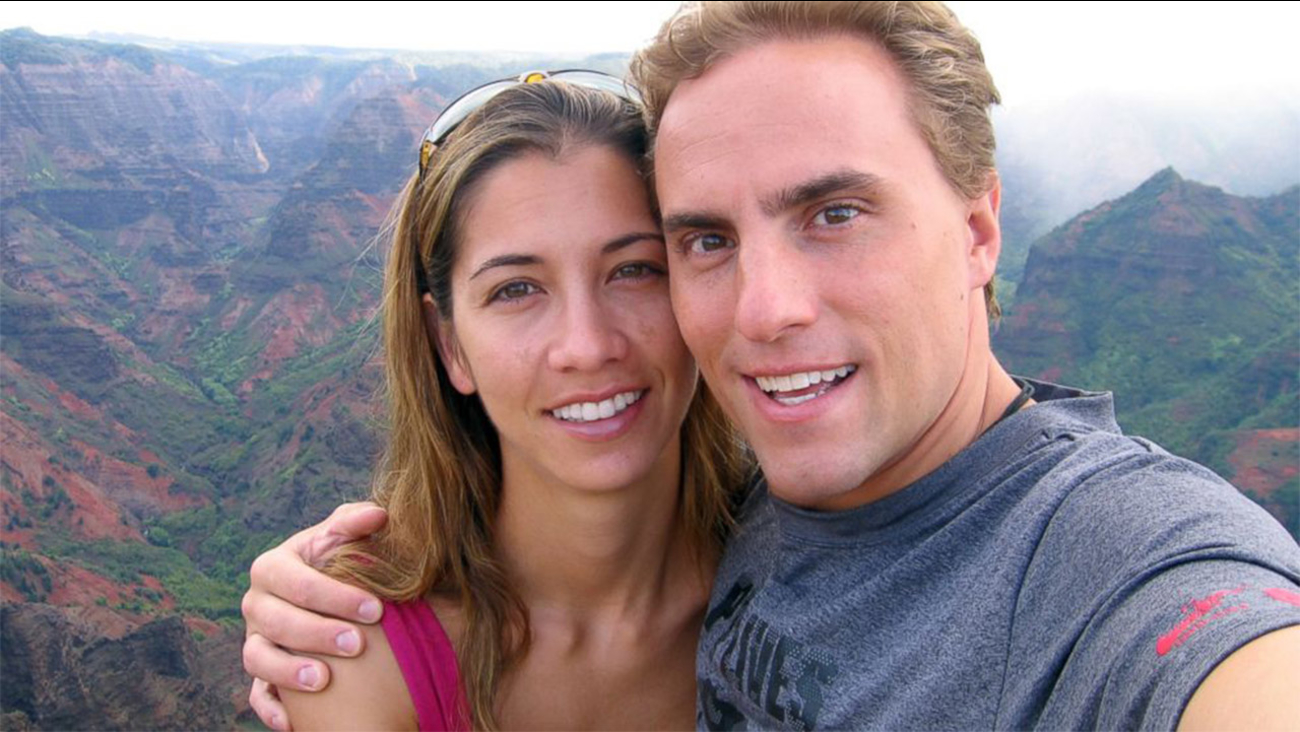 A San Diego couple is still living in fear after suffering a year of cruel harassment from a jealous home bidder who allegedly plotted to have the wife raped by a stranger.

According to PEOPLE, married couple Jerry Rice and Janice Ruhter had outbid Kathy Rowe on a dream home in upscale Carmel Valley in the fall of 2011. Soon after, strange things started happening.

The couple's home had mysteriously been listed for sale online, their mail had been stopped over Christmas, and they were charged with over $1,000 in magazines and books they did not order.

On Valentine's Day, at least eight of Rice's neighbors angrily confronted him, asking why he had sent their wives Valentine's Day cards. However, Rowe's harassment of the young couple soon escalated into a sinister conspiracy to have Ruhter raped.

After Rice had run an internet search on his wife's name, he was horrified to discover advertisements for sex with his wife, inviting strangers to their home address for a "Carmel Valley Freak Show." The ad, written as if it was by Ruhter, invited men to visit the couple's home to perform sexual acts on her while her husband was at work, reported PEOPLE.

A few months after Rice reported the incidents to police, Rowe was arrested. Rowe, who had been named a San Diego "Mother of the Year" by Time Warner Cable in 2006, was charged with two felony counts of solicitation of rape and sodomy and misdemeanor charges for identity theft and repeated harassment by electronic communication. Last November, Rowe had pled guilty to a stalking charge.

According to a statement given to PEOPLE by San Diego County Deputy District Attorney Brendan McHugh, Rowe, 53, had been angry after the younger couple had outbid her on the $700,000-plus house she wanted, and orchestrated the plot to have Ruhter raped in revenge.

In email correspondences with men from the sex ads, Rowe had been posing as Ruhter, writing that she had fantasies of being raped while her husband was at work.

"I love to be surprised and have a man just show up at my door and force his way in the door and on me, totally taking me while I say no," Rowe wrote to one man who responded to the ads.

Rowe told another man to stop by Ruhter's home "any Monday - Friday, 9 am - 3 pm. I like the element of surprise." When the man asked where, Rowe sent him Ruhter's address.

A few weeks later, the same man replied to ask if she was still available. Rowe sent a reply: "I'm available all week. Maybe we can have a nooner on your lunch hour?"

Rowe apologized to the man, encouraging him to stop by Ruhter's home again: "Will make it extra wild and worth your time."

Later, the man returned again to Ruhter's house, but this time her husband was home. The man told Rowe he made "an excuse for why he was there" and left. Rowe told the man that her husband would sometimes drop by during the day to catch her in the act, but that he won't "intrude on us unless we want him to ... if we want him to join us, he will."

McHugh told PEOPLE he had no doubt that Rowe knew exactly what she was doing.

"It is one of the most disturbing cases I have handled," McHugh said. "She really terrorized this young couple. They have had to seek out counseling to cope with it."

According to ABC News, the couple has since installed spikes on their fence, took self-defense classes and installed a security system into their home, though they spend every day worrying about who will show up at their door.

Rowe was sentenced to a year of home electronic surveillance, five years of probation, and ordered to stay away from the couple for 10 years.

After being sentenced, Rowe apologized to Superior Court Judge Kathleen Lewis, saying "I wish I can go back and take all of this away from the Rices. All of the things I put them through."

The tormented couple, however, had no sympathy for Rowe.

"The purchase of a home, taking care of a toddler and a newborn, it was during this time while we were at our most vulnerable state that Mrs. Rowe began her pattern of attacks," Rice said during the sentencing.

Rowe's attorney, Brad Patton, said that the stress over caring for her ill husband and severely disabled teenaged daughter caused Rowe to behave this way. Patton said Rowe did not intend any harm to Rice and Ruhter.

Regardless, the couple says they are still living in fear.

"Ya know, you get scared? That's your house. It should be a place of safety. With that out there, that safety just disappear," said Ruhter in a 20/20 interview scheduled to air Friday, Feb. 13.

"I was jealous... I was destroyed and devastated with pain and depression," Rowe told 20/20.