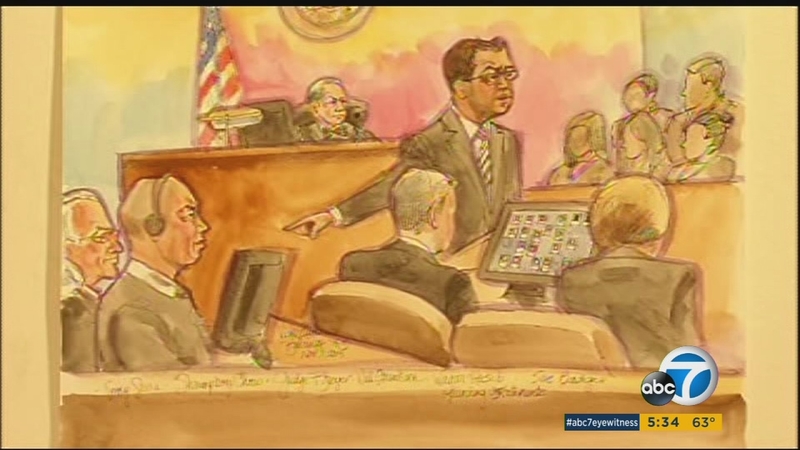 Chow is accused of ordering the murder of a rival gang member and in 2006, the killing of Allen Leong, a prominent Chinatown leader, who was the head of the local Freemasons Ghee Kung Tong.

Hasib said, while pointing at Chow, "It was a hit, a cold-blooded murder like in the 'Godfather' by that man over there."

The prosecution outlined its case, saying jurors will hear hours and hours of undercover tape recordings between Chow and an FBI agent who posed as a mafia member and from at least six of Chow's trusted gang members who turned state's evidence.

In his opening statement, Chow's attorney Tony Serra told jurors to hold their opinions until his client testifies on the stand.

As for Chow's friends who turned informants, Serra said, "all of these witnesses jumped on the bandwagon to get leniency. It's an act of desperation to save their own skins."

Serra told jurors the government spent more than $1 million wining and dining Chow to entrap him into the conspiracy. In 2007, Chow spoke to KGO-TV, saying he had changed his life of crime after he got out of prison on unrelated gang charges.

"Today, Raymond Chow, myself, I upfront face up to the past I have done and to try and correct my life," he said.

KGO-TV also asked Chow about Leong's murder. He said he had no involvement in his death.

And after court, Serra added an exclamation point.

"Why is he taking the stand. One is because he's innocent. He's not going to hide anything," Serra said.