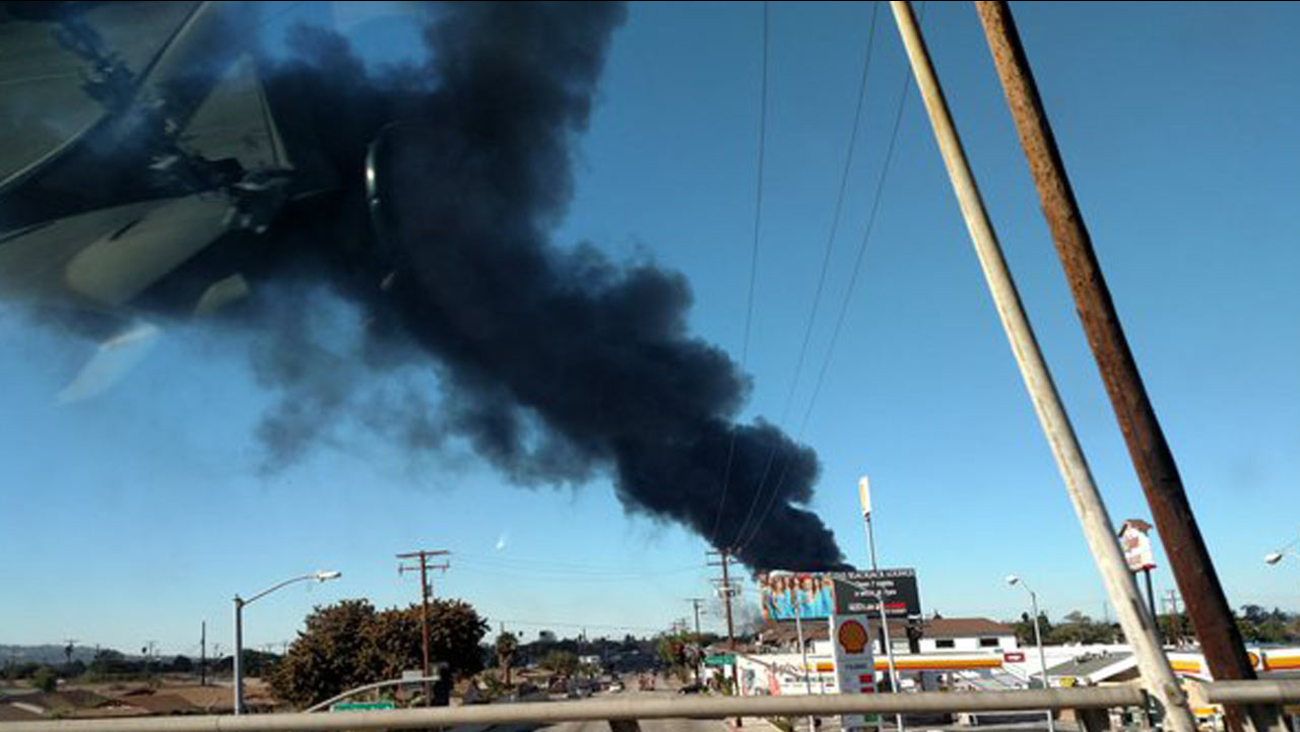 A fire breaks out in a recycling yard near Torrance on Saturday, Dec. 12, 2015. (Birdie Edwards, Twitter)

At around 1:50 p.m., LAFD officials said the fire was contained, but it was not yet declared an official knockdown. Crews were expected to remain on the scene indefinitely until the blaze was fully extinguished, according to LAFD officials.