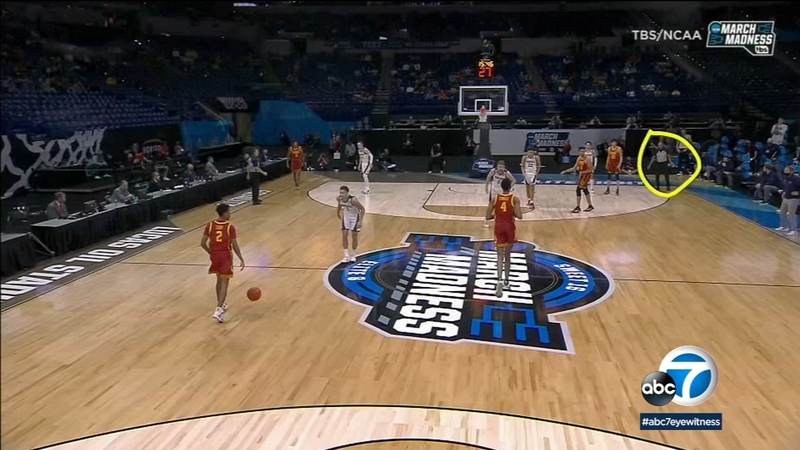 INDIANAPOLIS, Ind. (KABC) -- Tuesday night's Elite Eight NCAA Men's Basketball Tournament game between the USC Trojans and the Gonzaga Bulldogs was interrupted by a frightening moment early in the contest.

Referee Bert Smith collapsed on the floor and had to be taken off on a stretcher.

Later during the broadcast, they announced he was feeling OK and resting in the arena.

He did not go to the hospital.

An alternate referee was brought in to officiate the game.