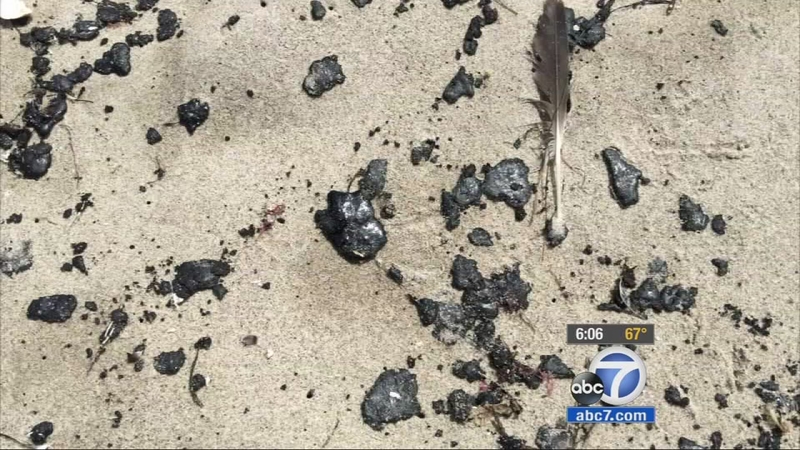 OXNARD, Calif. (KABC) -- Protesters gather at a Ventura County beach for an interfaith blessing of the ocean, and they are calling for an end to extreme oil drilling and fracking.

As they offer their prayer, balls of tar continue to wash ashore at Mandalay Beach in Oxnard. Resident Gunnar Nelson captured a scene along the beach showing the amount of tar washing up on the beach.

"The concern for me is that we're destroying the planet. Essentially, as people of faith, we have one job to do on this planet and that is to steward the planet for the next generation," said David Braun with Americans Against Fracking.

Tar balls have been appearing along the coast as far south as Manhattan Beach and all the way up to Refugio State Beach just north of Santa Barbara following a large oil spill on May 19.

Officials said they do not know yet if the tar washing ashore in Oxnard is connected to the Refugio beach spill, which released more than 100,000 gallons of crude oil into the ocean. Refugio is 57 miles north of Oxnard.

Protesters said it is too coincidental for it not to be related and said people need to do more to protect the environment.

"We need to stop oil extraction in the state because it's going to lead to more spills and more pollution just like we've been seeing the past couple days here," organizer Tomas Morales Rebecchi said.